Another Face of Rare Disease

... growing up in the dermatologist's office 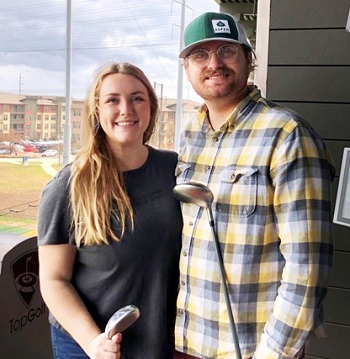 At around 6 years old, my little brother was diagnosed with keratosis follicularis (also known as Darier disease), a rare, genetic skin disorder. We were lucky to have a referral to a very good dermatologist, but many people struggle with getting diagnosed because it is so rare. Even after the diagnosis was reached from observing his visual symptoms, my brother had two skin biopsies and several second opinions from specialists to confirm this was indeed his condition. My parents were used to this process, though—when my brother was an infant he was diagnosed with celiac disease, way before eating gluten-free was trendy. He had dozens of examinations and blood tests before someone threw a celiac test into the mix on a whim, and it came back a shocking positive. After the diagnosis, his celiac disease was manageable–clear diet change and long grocery store trips spent diligently checking nutrition labels. The Darier’s, on the other hand, has proved to be an unsolvable puzzle that they’re still trying to piece together.

Darier disease is caused by a single gene mutation that leads to the production of a thick, dark rash commonly appearing on the chest, neck, and forehead. Textbooks say it presents as a collar around the neck, and that symptoms are worst in adolescence. As my brother’s rash grew thicker and started to extend up his chin and cover his forehead, it became impossible to hide under swim shirts, baseball caps, and polos. No kid should have to explain to their teachers why their skin looks like it’s on fire, convince their classmates that it isn’t contagious, and learn to not pick at their face despite how incredibly uncomfortable they are. Middle school is tough enough trying to navigate hormones, school, and friendships, so adding this condition to the mix was incredibly difficult.

I played a passive role in his journey with the disease because I had my own growing up to do, but I was acutely aware of how it affected our family dynamic and my brother’s personality. I saw my parents struggle with a rotating cast of specialists and the never-ending search for an effective treatment. They would work with a derm until they thought there was nothing new for them to try and would find another who hopefully had some key new piece of information. Back then and today, the real issue is that the rarity of the disease means there’s not a lot of research happening. I watched the tides of hope and frustration come in and out as they tried new pills, creams, and diet changes in hopes for relief. Nothing helped significantly, and some regimens were just too much to ask of a teenage boy. I have clear memories of family movie nights turning into half-hour clay masks and ointment treatments; some itched, some burned, some smelled horrible, and all were nearly torture for him as he just wanted to spend time playing games or with his friends. Not only was the lack of efficacy difficult for them to navigate, but the financial strain and the intense side effects weighed very heavily. Early teenage years are tough enough for your mental health, but add a pill with intense side effects and you get a very scary and sad situation. Having to choose between my brother’s mental health and relief of this disease was not a choice my mother should have had to make, and not something my brother should have had to endure.

The bright moments came from our trips to the beach. We found that my brother’s skin loved the humid, salty air, and after a few days the rash would quiet down. Florida, Mexico, the Bahamas, those weeks away were escapes we treasured. We’ve both aged into adulthood now. I’ve been at HCB as an Art Director for 4 years, my brother is graduating from college this May, but the Darier’s is still there. He’s sporting an impressive beard these days that hides some of the most noticeable areas, but the search for new specialists and new treatments will continue. The burden of carrying the disease is transitioning from the shoulders of my parents to my shoulders of my brother, but my parents will always share that weight with him. My brother is one of the strongest people I know, he’s grown into a confident, charming, and crazy smart man despite the emotional and physical challenges he has faced his entire life; he’s achieved so much and will continue to do so.

My time at HCB Health has given me invaluable insight into the world of precision medicine, which is consistently bringing new treatments to light. My hope is that in the future there will be safe and effective treatments for adolescents, and that my brother and anyone else struggling with this condition will find a resolution.