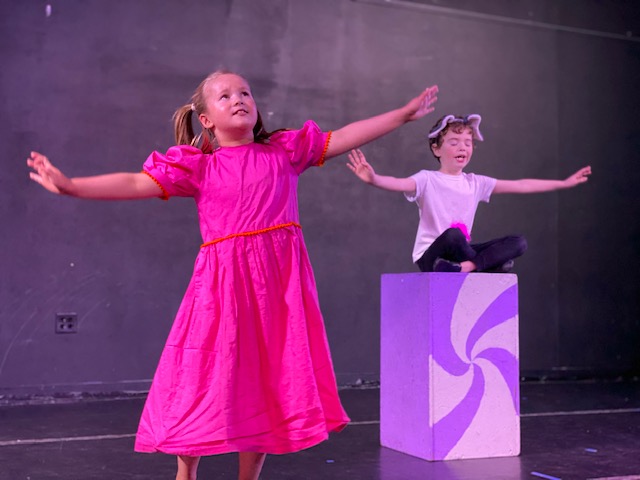 Lulu Swisher is 7 years old and already such a brave, confident and passionate soul!  Lulu has been doing musical theater for the last four years and she loves every second of it; the performing, singing, dancing and acting.  Lulu has been in six full play productions and is already ready for her next one to begin!  The last production she was in was Dec 9th and it was titled,  “Seussical the Musical”.  Lulu played the lead role of JoJo the curious young girl who befriends Horton.  The songs she sang were so perfect for her and her personality. One of the songs was entitled,  “Alone in the Universe” with the  lyrics of “Yes, I have wings, and I can fly around the moon and far beyond the sky”.   She has the biggest wings of any 7-year old I know and is so confident, and her worries about ichthyosis and life in general just go away right when she gets on that stage.   She says doing musical theater makes her “so happy” and at the end of the day like another one of her song lyrics says “it’s possible, anything’s possible”!   Yes Lulu it is. Ichthyosis makes you so rare and special and then music theater makes you shine!