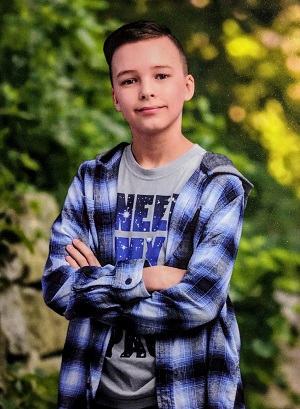 Pick a point in your life and write about your challenges or successes.

When Ian was born we had no idea what ichthyosis was or how our lives would be impacted. We were living in South Eastern New Mexico and the dryness in the air was having a severe impact on his skin. I would go through almost two jars of Aquaphor a week. I didn`t even know about FIRST until after we moved back to Texas. Ian was around a year old when I saw a pediatric dermatologist. She is the one who told me about FIRST.  It was then the flood gates of support opened up. We were struggling with his skin regimen, finding diapers that didn`t cause awful rashes, and the routine care was becoming draining on me as a new mom. Ian would constantly get MRSA in the diaper area. I fought with pediatricians and WIC professionals about him being under weight, not to mention the criticism from outside of my circle. People would comment at the store how tiny he was for his age, I should feed him more or why did I allow him to get sunburned. Sometimes I wanted to scream "It's ichthyosis, look it up"  Even though Ian`s case is much milder than most he struggles tremendously with heat and cold intolerance. I never thought he would be able to play sports or play outside like other kids. His strong will and determined spirit showed me how wrong I was. He is 11 now. This fall, if we stay on track he will be going for his black belt in Taekwando.

How has FIRST impacted your life?

If it wasn`t for FIRST I would have never know about the Aquaphor program or that there are companies that make cooling vests for kids. When Ian was a baby we went through two jars a week. Moving back to Texas helped decrease the amount we had to use. We were struggling financially during his baby and toddler years. It was a burden lifted off of our shoulders when I was introduced to the  program. I remember getting our first case in the mail. It felt like Christmas. When I saw how many containers were in the box I wept tears of joy! Ian was around 3 years old when we received our first cooling vest that was actually gifted to us by dear friends who had learned Ian overheated the summer before during Memorial Weekend where the high was only 76°. This couple didn`t want Ian to go through another summer of having to stay indoors all the time. I would have never known about the cooling vest if it wasn`t for the families through FIRST. Receiving his vest opened so many doors of opportunities. Zoo trips. Going to the park. Easter Egg Hunts outdoors. School field trips, recess, P.E. Not to mention Taekwando. I`m so thankful for FIRST and the support you give.