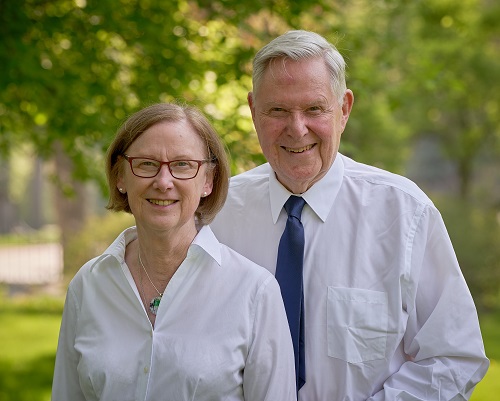 My daughter Sarah was born on June 6 at 3:33 in the afternoon. We still celebrate her birth by talking to each other by phone at that time on that date each year.

I was shocked and frightened when the doctor came to my room shortly after her birth to say that she, the doctor, was concerned about a skin condition that had shown up with bullae, or blisters, on Sarah’s right foot and ankle. We learned she was born with a form of ichthyosis.

No one could tell me much about this condition. It was difficult learning how to care for Sarah as an infant and toddler. As she grew and could talk with me, Sarah could tell me where and when she was hurting, which made it easier to help.

One dermatologist who examined her said, “Mother, you’ll have to reconcile yourself to the fact that this child may never crawl or walk.” He didn’t even use Sarah’s name. As I drove home crying and looking at the beautiful little face looking up at me, I told her that she would crawl. She did. And then she learned to walk, swim, ride a bike, and do many other things some doctors believed she would not do.

There were times when Sarah was bullied because of her skin and my heart ached for her. Sometimes I was quite abrupt, perhaps rude, to people who asked me why I hadn’t taken my child to a doctor. Sarah tried to comfort me by tugging at my skirt or sleeve while saying: “It’s all right Mum, it’s all right”.

After graduating from university, Sarah met and married a wonderful man. They later adopted a little boy, Alex, who also has ichthyosis – though not the same type as Sarah’s.

It was joyous to see how well she understood Alex’s condition and how well she could look after him. When unthinking people comment on Alex’s skin condition Sarah is patient and polite as she responds to their comments.

Sarah’s achievements and then her care for Alex helped to heal the heartaches that I had experienced when people made hurtful comments about my beautiful little girl. I could see she had grown up into a beautiful woman physically, mentally and spiritually.

The First in the Family 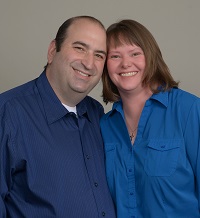 My name is Sarah. I’m a mum, a wife, a daughter, a sister, a friend, and many other things. I also have epidermolytic ichthyosis.

I grew up in a harsh, cold Canadian climate with parents that have a high level of medical know-how. I credit them, particularly my mum, with figuring out how to keep infections at bay, how to make me more comfortable, and how to respond to being visibly different. I used to be embarrassed of my mum going “mama bear” when people were rude, as most preteens and teens are of their parents. Now, I feel myself doing the same thing and I am proud that I’m as strong and protective as my own mum.

There were definitely hurdles growing up. Some had to do with my skin condition and some were normal growing pains. Occasionally, it is hard to tell the difference. Looking different and dealing with pain, itchiness, and infections has an impact on how a child develops. Ichthyosis seasoned every experience I had as I grew up, so it is a part of me that I wouldn’t change since I like who I am. That, of course, took decades to learn.

The first time I saw another person with skin that looked like mine was at my first FIRST National Conference in Chicago, as a full grown and married adult. I cannot describe the feeling that washed over me and then stayed for the whole weekend – and beyond. I hadn’t even realized how alone I had felt, even surrounded by those who love me. FIRST gave me that and, ever since, I’ve tried to give back and be that person for someone else.

In 2012, that dream was fully realized when my husband, Jon, and I were graced with the addition of Alex, our son, in our lives. The fact that we were considered to be ichthyosis experts by the country he lived in made his adoption possible and incredibly fast. Even though Alex’s ichthyosis type is ARCI and mine is EI I’ve learned enough from friends at FIRST that we were able to jump into caring for his skin. Then we just had to love him. 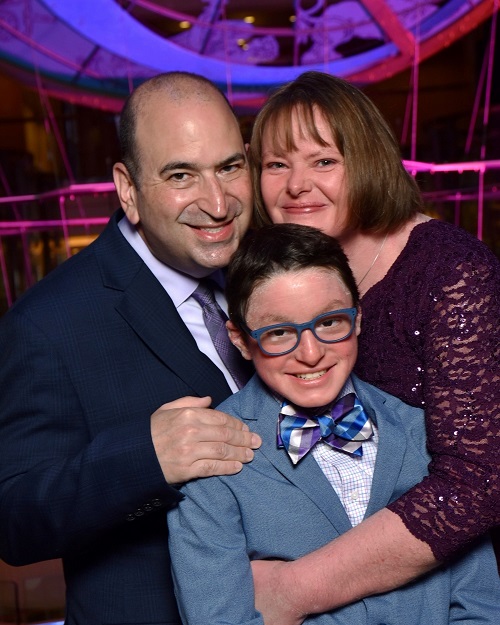 I hope that, someday, he feels the level of love from us that I do from my family. My brothers that never blinked an eye at me being different and treated me just as any pesky, annoying little sister should be treated. My friends that only showed genuine curiosity so they could know me better and we could celebrate our differences. My parents that never let me use my skin for an excuse to not do something and raised me to care, to love, to enjoy and play music, to work hard.

Alex went to his first FIRST conference when he was 5 years old. After the weekend of busy travel, while we were creaming up after a bath I asked him, “What was it like to meet other kids that look like you?”

He looked at me, confused, for a moment before replying, “They didn’t look like me. Their eyes and their hair are different than mine. Just our skin is a little the same.” With that I realized that he would never feel the isolation that I had, never having seen anyone else with the same condition. I can’t convey how pleased that makes me feel.

I was the first, a spontaneous genetic mutation, in my family. Now, my circle is bigger and better and includes a bunch of awesome, inspiring, funny, and just plain cool people that I’ve met through FIRST.

Going to the conference in Chicago was the best decision ever. Many years later, when my mum was able to join us in Nashville, it changed how she thought of herself as a mother toward me.

Knowing What I Need 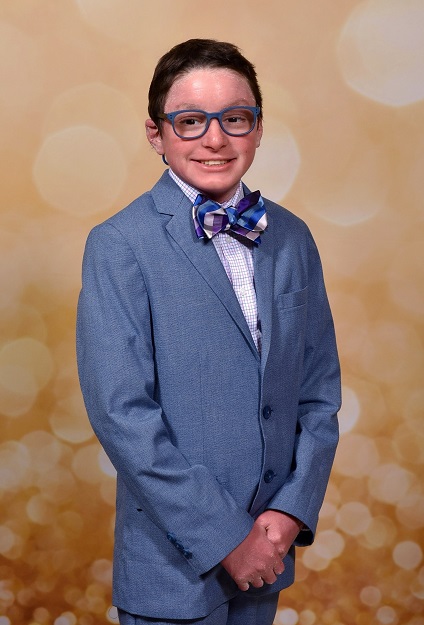 Hello, it’s me, Alex. This is the story of my life when I was little. When I was born from my first mother, I had ichthyosis. They looked at me and they thought I wasn’t normal. They didn’t know how to take care of me so I lived in a place with lots of other kids.

They didn’t know what food to give me or how much I could eat. They thought that water was bad for me so I never even got a bath. They didn’t know what cream I needed until, one day, they showed me two people named Jon and Sarah. I didn’t like them because they were strangers and I felt shy.

They took me home and they knew what I needed. I learned a new language, I ate lots of awesome food, and I learned that water is good for me. I even learned how to swim! I learned that lots of people love me and that I’m part of a big family.

Now I am 13 years old and I can mostly take care of my skin on my own. I take baths and scrub and have huge tubs of white cream and Aquaphor.

My mum and dad knew what I needed when no one else did. Since that day I learned to love my skin and to love who I am.