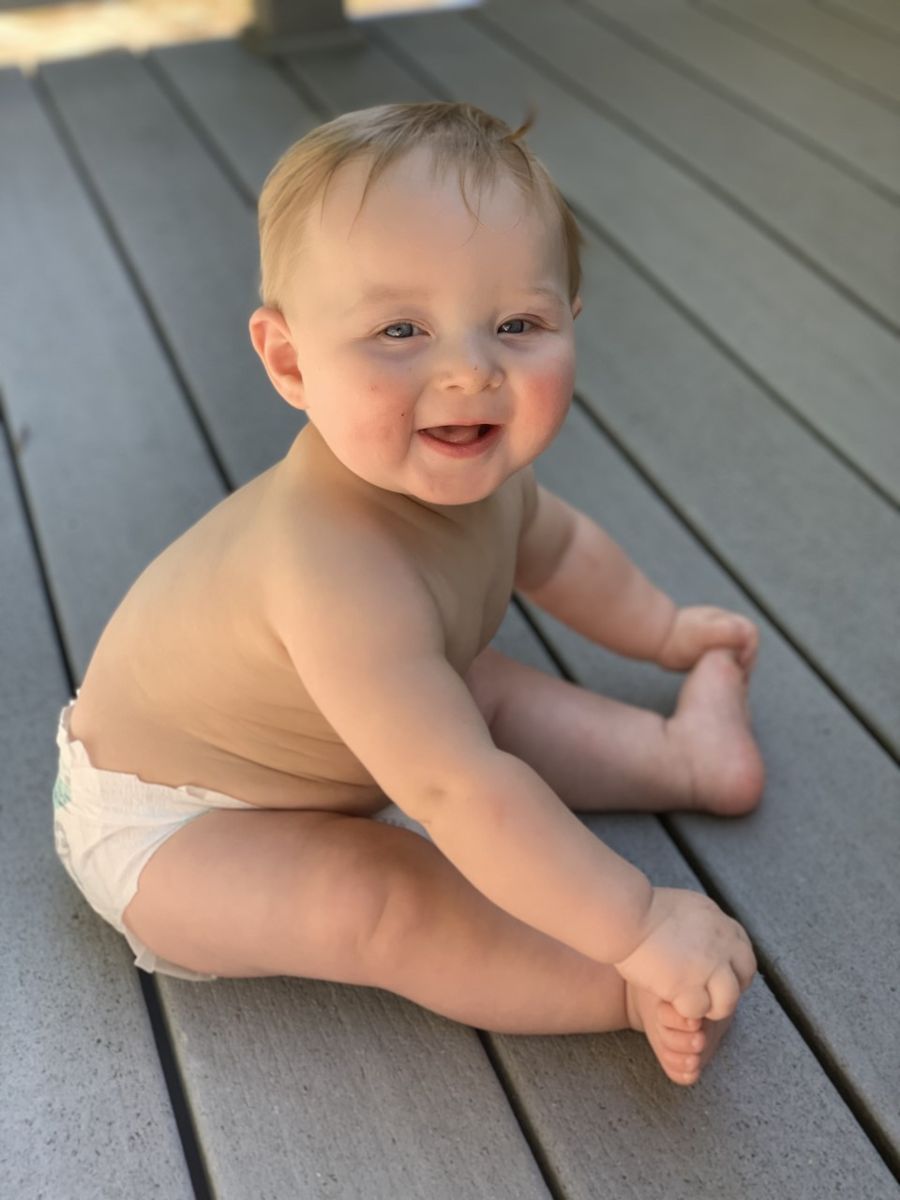 I never realized how much we take for granted until the day my son Lorenzo was born. My concerns for his first outfit, letter board and fact that his chair in his nursery wasn’t delivered yet all became extremely insignificant. If you’ve ever faced the question of “how long will my baby live?” you truly will understand how much many of us take for granted daily.

On November 22nd, Lorenzo was placed on my chest and all I could look at was his lips. I knew something did not look right. They took him off me and put him under a warmer where I could not see him. The room grew quieter and quieter until we were told he needed to go straight to the NICU. Bart just said to me something wasn’t right. He said he could see his skin tightening before his eyes and in just seconds his skin was cracking and bleeding.

We were told he has ichthyosis and asked which hospital we would like him airlifted to. Before even knowing what ichthyosis was we just knew it was serious. The second the room was clear we immediately began to Google. It said that children often pass the first few weeks after birth or in their childhood and the images were gut wrenching. We scoured the Internet looking for information on the rare disease ichthyosis and the term collodion baby. The slim amount of information we found made us all more frightened.

Not even thirty minutes into our Google search, a nurse came in. She said Bart can head to the hospital to meet our boy there and we have 10 minutes for me shower to see him off to the helicopter. I didn’t even realize I just gave birth or that my son wasn’t even named yet. We picked a name, I got up got in the shower and we were on our way to the NICU. This NICU was the size of my living room. Here there were about 15 people packed in curious to see him asking me permission for pictures being his case is so rare being sure to remind us they’ve only seen it once at that hospital. As tears streamed down my face I said yes already knowing my son will one day help another baby be treated. His skin now was shiny, and peeling like a sausage casing, known as a collodion membrane. His lips were stuck in an o shape and his eyelids were tightened from the membrane making them unable to close nor see his actual eyes. The rest of him was completely bandaged and covered in Aquaphor to prevent his skin from cracking. After looking at him through his incubator stretcher he set off in the helicopter to meet dad and me back to my room alone.

My OB insisted I stay since my blood pressure was unsafe. I explained there was absolutely no way I would stay and I let her know I would only just discharge myself against her advice. After some negotiation she let me leave as long as I monitored my BP and did not drive myself.

The first time I really got to see Lorenzo more than a few seconds he was covered in yellow bandages called Xeroform, used for burn victims and his body weight in Aquaphor. He had an umbilical venous catheter for medicine and nutrition as well as others to monitor his stats. He was to remain in his incubator with 78% humidity, we referred to this as his jungle. This all kept him safe from infection and his skin from cracking. We were told the least amount of contact through the doors in his incubator the less likely he will get an infection. 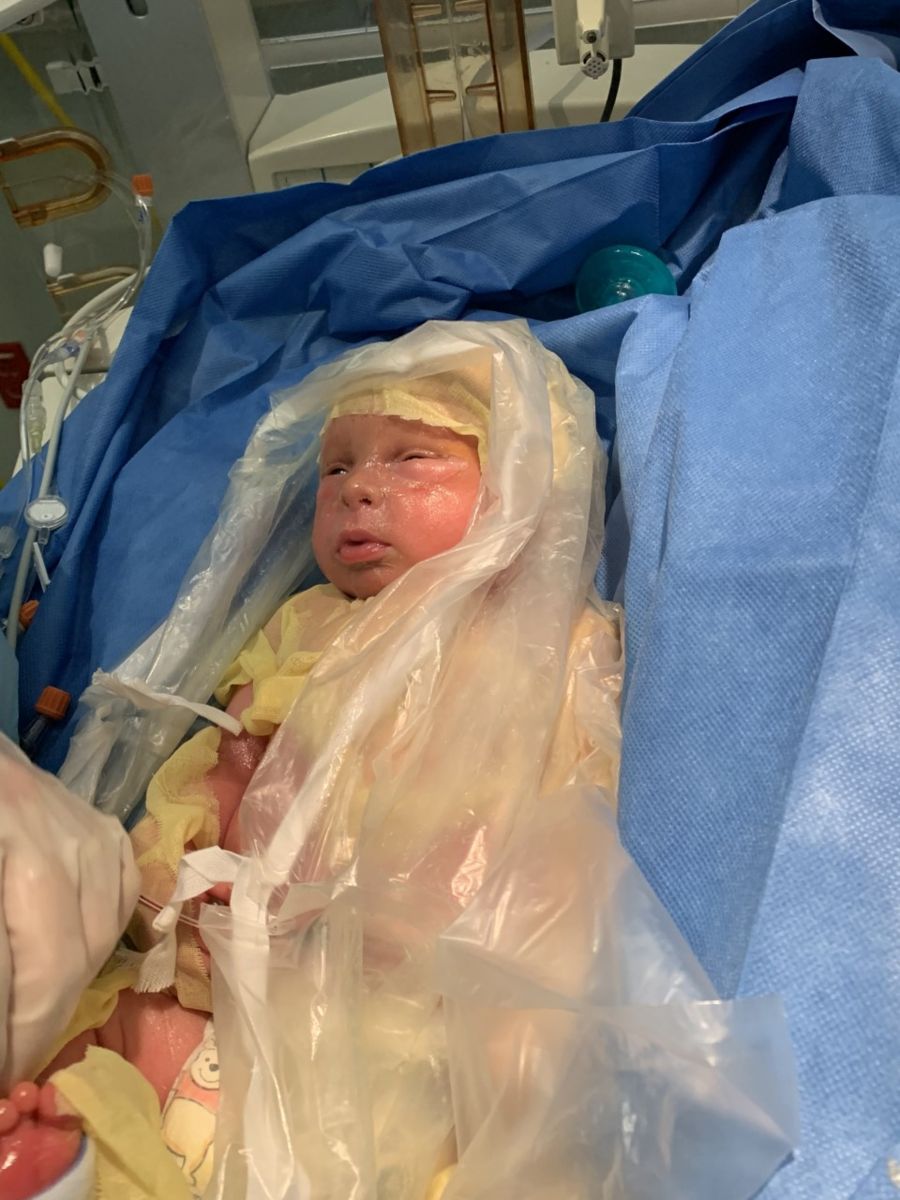 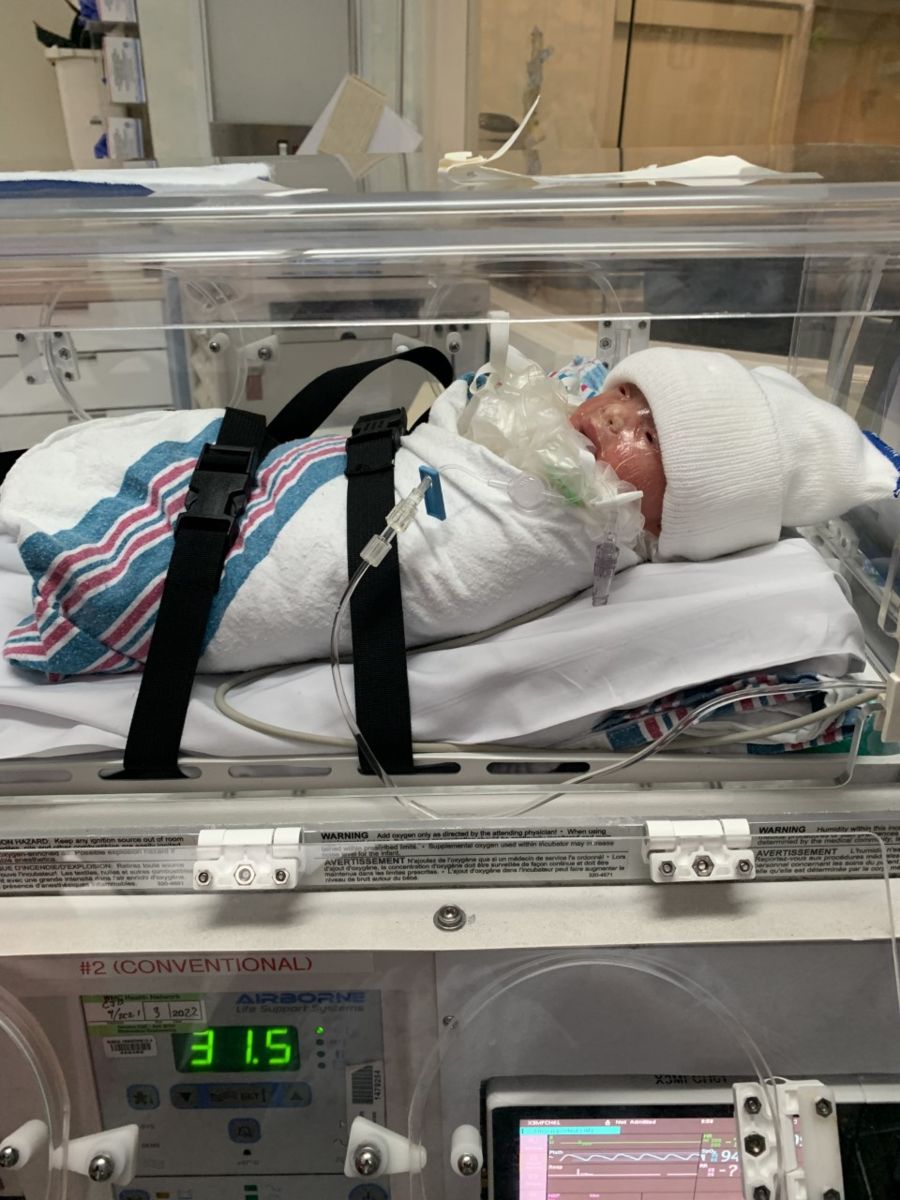 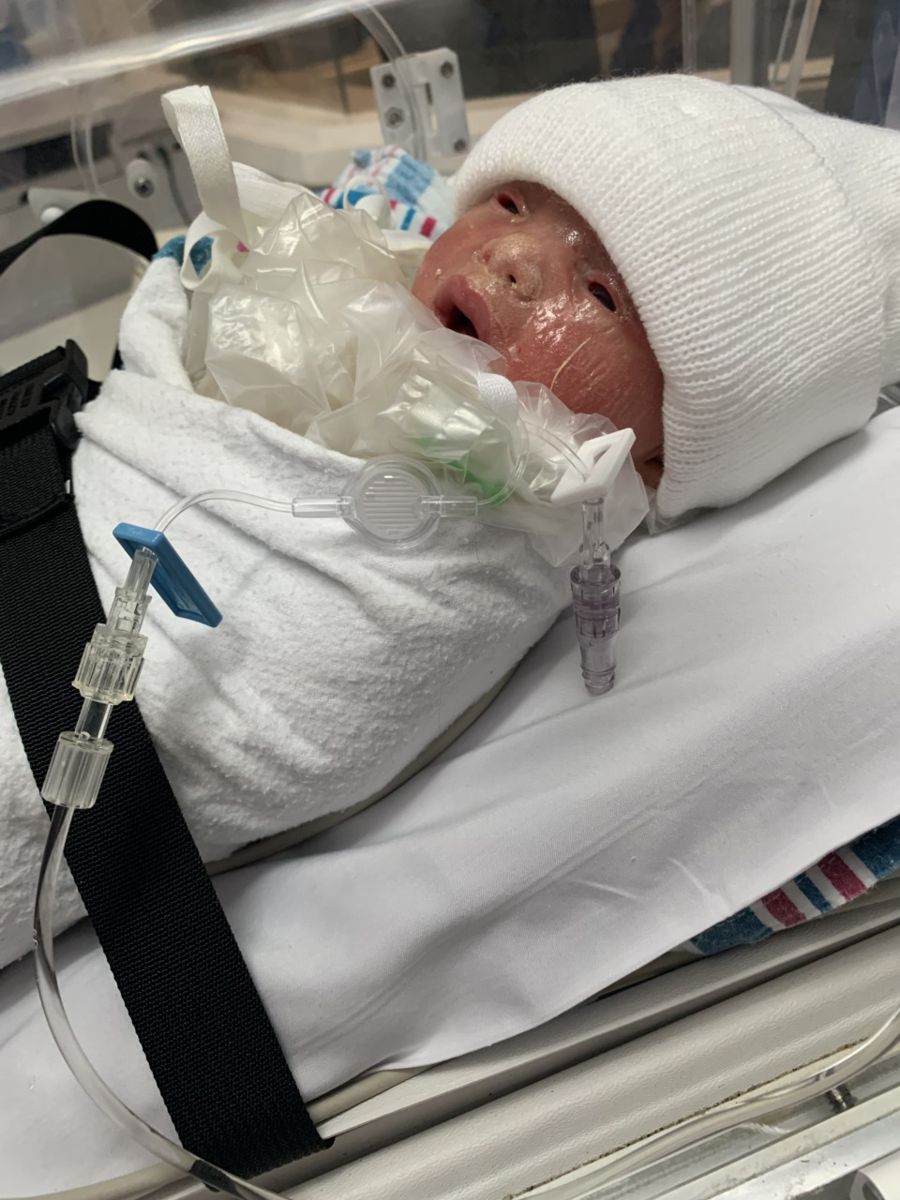 As hard as it was seeing nurses and doctors be able to touch him for the first time, feed and comfort him we knew he was getting the best care possible. Eventually we were able to begin feedings inside the incubator ourselves, do gauze and Aquaphor every three hours and eventually start feedings outside his jungle.

His membrane began peeling off his body causing him to look sunburned through his layers of Aquaphor. Lorenzo had 1-2 nurses assigned to him round the clock. Between his Aquaphor, Xeroform changes, premie bag, bleach baths, and just overall being a newborn he was giving these nurses a run for their money.

Thanksgiving came and went and we still did not know what subtype of ichthyosis Lorenzo had. Later we would find out he has bathing suit ichthyosis. A 1 in a million diagnosis. Bart and I unknowingly are both carriers of this gene mutation and being so rare it is not something our previous testing would pick up. We were concerned about the future for Lorenzo if this was going to define his future for friends, who he marries, his career, if he could simply enjoy the hot sun on his skin on a summers day. As I got to know other ichthyosis parents and saw surrounding parents in the NICU I knew we were grateful to even be able to question our child’s future. We learned being in the NICU for some time not everyone is so lucky to have the opportunity to envision their child’s future and for this I am forever humbled.

Since our ichthyosis diagnosis we have absolutely had some ups and downs from countless nights slathering Aquaphor on, bleach baths, scales, a hernia repair to having stopped breathing. This kid really knows how to keep us on our toes. But no matter the hoop we will always be grateful for our boy Lorenzo