Hi. My name is Nicole and here’s my ichthyosis story. 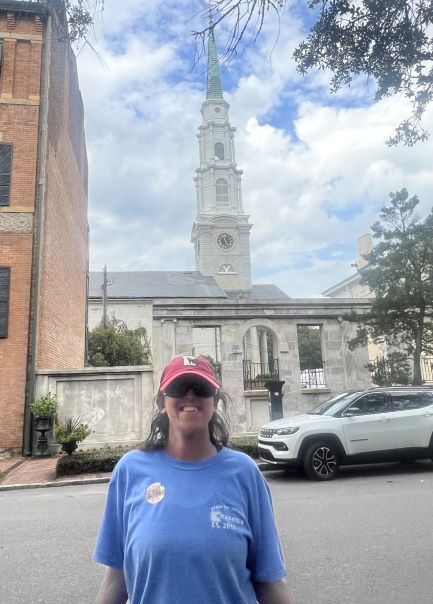 When I was born my parents and doctors thought that I had an allergic reaction to the hospital laundry detergent or fabrics. So they tried different fabrics and detergents including those that my parents used at home, but they still had no luck. Then, one day my doctor announced that I have rare skin condition called ichthyosis. As a baby and a toddler I was in and out of hospital pretty often due to infection caused by ichthyosis and surgeries to fix my birth defects (cleft palate and club foot). Due to my dry skin, I was required to have eight surgeries to fix my foot as my skin is very dry and tough so it wasn't easy for doctors to do everything in one day. When I was very young, (maybe not even a month old) my dad did research and discovered that there were a few babies who had everything that I had and were deaf and decided to request the hospital to perform a hearing test for babies and I failed. So my parents and some of my family members decided to learn American Sign Language to communicate with me. As I got older I had a pretty normal childhood in which I wasn’t considered different and was treated equally among my peers, but with some accommodations due to my skin condition and deafness and later vision loss. This went great until I was 13 years old. When I was 13 years old I had to move out of my childhood home state (Wisconsin) to different state (South Dakota). Students and some staff at my new school didn’t treat me right and I experienced bullying almost every day for every reason you can think of including my skin condition. Fast forward a few years (I think I was 15 at time), my teacher showed me DVD's that my mom would drop off for staff to learn about ichthyosis. I wished that she would show it to whole class not just to me but I’m glad that she did show me. 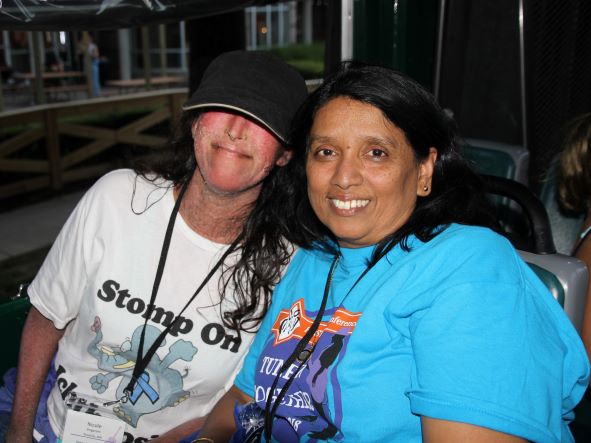 Fast forward a few more years (I was 18 years old and getting ready for my senior year in high school). My parents told me that nobody can identify what type of ichthyosis I had. I did take a genetic test at The Mayo Clinic when I was kid or toddler but the result wasn’t very clear. And because of my vision loss (cause by dry eyes and cornea scarring and cornea peeling) my deaf and blind classmate suggested that I go to a training program for deaf and blind teens with him in New York. While there they had a doctor came in talking to teens about their vision loss. They labeled me with keratitis-ichthyosis-deafness syndrome (KID syndrome) and I was thrilled because I thought I finally knew what type of ichthyosis I had.

Then a few months later I had to go to Mayo Clinic again because my parents wanted me to try Accutane as they heard this medicine will help  decrease skin flakes and peeling, but unfortunately every side effect affected me really bad (to this day I’m very thankful that I didn’t have a bloody nose on my graduation day, so I decided to stop taking it after a year.

While at Mayo Clinic for a second time, I told my doctor about my ichthyosis type that I just found out about and she suggested that i retake the genetic test, but I declined as I don’t want them to take piece of my skin again, as I still remember how painful it was first time. Fast forward few years (I was 25 or 26 years old) I was member of Keratitis-ichthyosis-deafness syndrome group on Facebook (group for deaf people with ichthyosis) and I saw one post that my friend (she was second person who was deaf and have ichthyosis that I met) posted about meeting man with ichthyosis and is deaf and he doesn’t know what type of ichthyosis he have either, so I decided to message him and we became friends. He told me about Yale University’s genetic test and referred me to them but I wasn’t ready to take test as I don’t know if I have all information they’ll need so I told them no thanks. 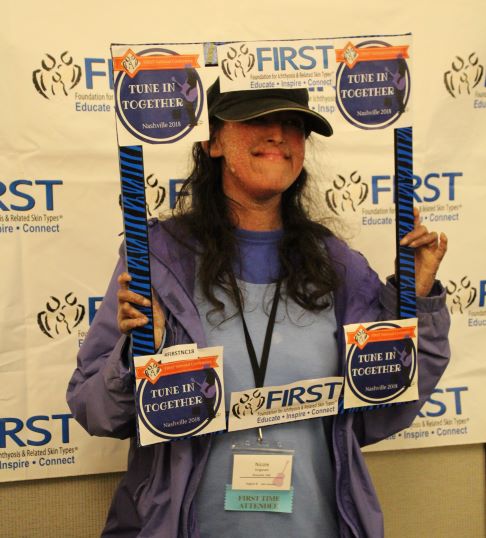 Fast forward a few years (I was 27 years old but turned 28 at the FIRST conference in Nashville, TN. My friend did a nice mini surprise party for me while there. I still cherish that memory and it was one of my favorite parts of conference. While in Tennessee, I met a doctor from Yale University, the one who emailed me years earlier and I asked him some questions and he said that it’s ok if I don’t have all information and I decided to take a genetic test to find what type of ichthyosis i had. While I was  in Tennessee I met Dr. Ashe and she told me that she had an office in Minnesota (now she left and opened her own business). She’s a pediatrician, but is willing to see me as she’s a specialist in ichthyosis. (I live in Minnesota now). I completely forgot about her until my mom reminded  me about her. I decided to give her a call to make an appointment just to see what else she can recommend for my skin condition and I had wort that needed to be removed. I told her that I’ve been waiting for three years and haven’t heard anything from Yale about my result. She contacted Yale and they sent my result back.

Turns out I have a rare type of keratitis-ichthyosis-deafness syndrome (both types are no different from each other but my gene will affect my child if I decide to have children someday. I was very shocked and kept on saying they must've made a mistake because I met a few people with KID syndrome and they didn’t have birth defects. and my friend who referred me to Yale University got his result too and he didn’t have KID syndrome (he doesn’t have birth defects either).

I decided keep on trying to finding different syndrome as I know that there’s more than one type that affects hearing and vision.  I started to think that I had KID and some other type. So, next time I met my doctor and I told her this, she said that she met some patients who have that have KID and some other birth defects so this is not a mistake. So, now I’m slowly accepting the fact that I do have KID syndrome and at the same time I’m thrilled to find out what type of ichthyosis I have after years of not knowing what type I have and facing disappointment when I found out the type.