FIRST is so appreciative to our many members who host and organize a wide variety of grassroots fundraisers on our behalf. Some are first-time organizers, and others have continued to host events year after year. We truly appreciate ALL of these time and energy dedicated to support the mission of FIRST! 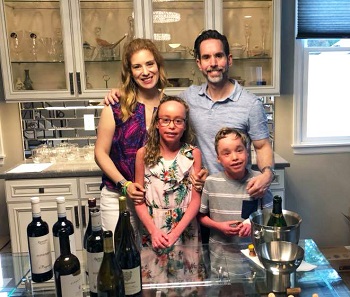 In June, Jolie and Sean Cina and their children, Portia and Myles, affected with ichthyosis en confetti, hosted their annual Wine Tasting event. Friends and family members joined them at their home in West Caldwell, New Jersey, to sample wines and to learn more about FIRST and ichthyosis. A highlight of the afternoon was listening to Portia play the piano and sing.  This wonderful event was once again a tremendous success, raising almost $4,000 for FIRST.

Shout out to Denise Lewis of Ohio, mom to Brennan who is affected with ARCI-CIE! She sold T-shirts in her community to

create awareness and raise funds for FIRST. Her sale of 385 shirts raised more than $2,400! Brennan's school also held an Ichthyosis Awareness Day celebration in May and all of the students who purchased a shirt wore it, while those who didn't purchase a shirt, wore Brennan's favorite color - green. Such a great idea for celebrating Ichthyosis Awareness Month!

Our sincere appreciation to Denise and her friends and family for their continued support of FIRST.

Chiara Marino, mom to 5-year-old Arianna who is affected with epidermolytic ichthyosis (EI), created T-shirts  in three languages and sold them to family and friends to spread awareness in her community.

Jennie Wilklow, mom of  Anna, who is affected with harlequin ichthyosis, sold  T-shirts  geared towards women and girls, featuring a “Rosie the Riveter”-type character. She shared on social media sites and the T-shirts were so popular that Jennie had a second sale.  Combined, the sales raised almost $2,400! 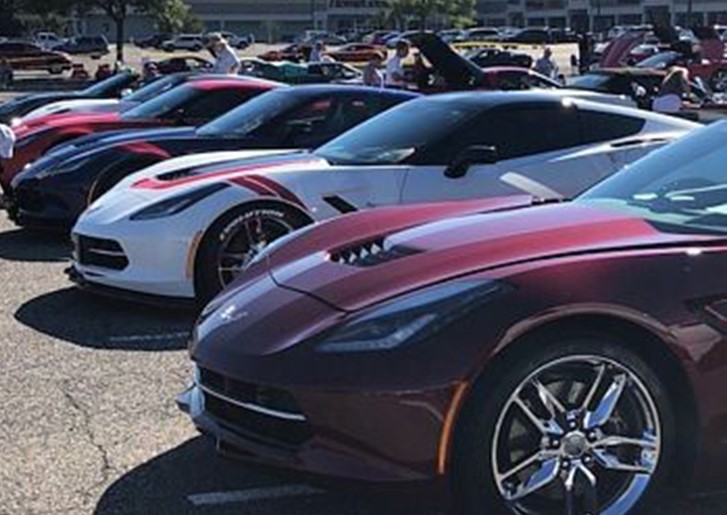 FIRST members Mary and Hain Swope, grandparents of 5-year-old Andrew, who is affected with ARCI-lamellar ichthyosis, belong to the North Jersey Corvette Club. Each year, the club holds a car show and donates part of the proceeds to up to two charities. In September, the club held its 10th Annual Corvette & Open Car Show and, after a request submitted by Mary, designated a portion of the proceeds be directed to FIRST. The show was held on a beautiful day and was a terrific success.  FIRST members Sean and Jolie Cina and their children, Portia and Myles, traveled to Pompton Plains, New Jersey, to support the Swopes and this fun event! The Club will be sending proceeds of more than $1,000 to FIRST! 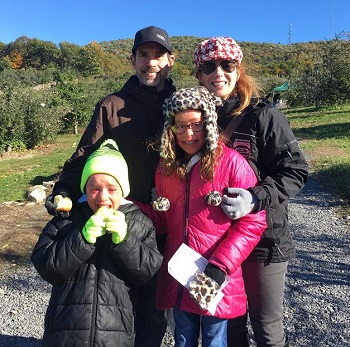 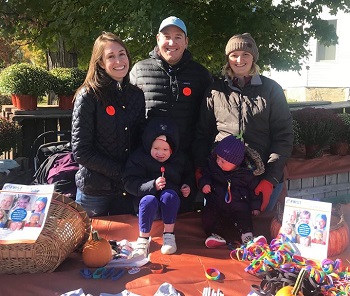 The Wilklow family have an apple orchard in Lloyd, New York. Each year they hold an apple festival and designate proceeds to a charitable organization. This year, Jennie Wilklow, mom to Anna, who is affected with harlequin ichthyosis, coordinated with family members to choose FIRST.  Although it was a bit chilly on the October day of the festival, attendees enjoyed pony rides, face painting, music and much more! Members of the Cina and McTernan families traveled to support the Wilklow family with their event and enjoy the day.  More than $2,000 was raised from the event for FIRST’s mission. 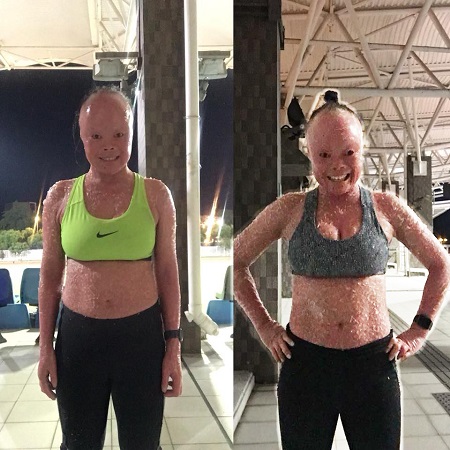 Mui Thomas is affected with harlequin ichthyosis and lives in Hong Kong. Recently, Mui participated in Project Change, a fitness challenge contest. The contest promotes healthier living. The winner of the contest had a prize awarded to the charity of their choice. FIRST is thankful to Mui for designating our Foundation, raising more than $200 through her workouts.

Cailyn McCullers, 10 years old and affected with ARCI-lamellar ichthyosis, showed her amazing drive when she held a lemonade stand in her hometown of Lutz, Florida, to raise funds and awareness about ichthyosis last May. As part of her lemonade stand efforts, Cailyn set up a donation page on Facebook. Through her efforts, more than $1,300 was raised for FIRST. Cailyn presented her donation directly to Moureen Wenik at the FIRST National Conference in Nashville. What a fantastic achievement for this young girl.

Michelle and Chad Iott, parents of Rylee, who is affected with ARCI-CIE, held their annual softball tournament in Flandreau, South Dakota. Several teams signed up to play and enjoy a beautiful September day while raising $550 for FIRST.