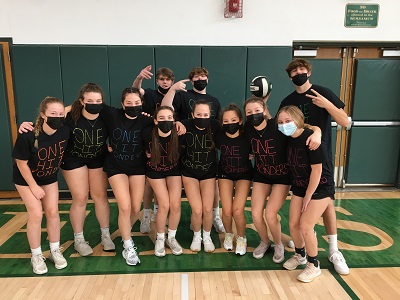 The 8th Annual Dig Blue for Liam volleyball tournament was held at Vestal High School in Vestal, New York. The tournament, held in honor of Liam Ewing, raised $975 this year. Thank you to the club adviser, Susan Darpino and students for your fundraising efforts! 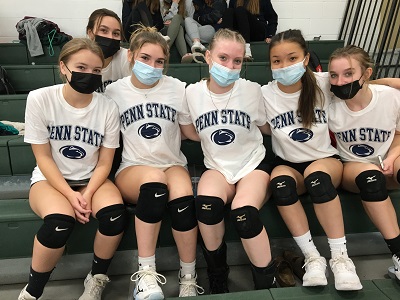 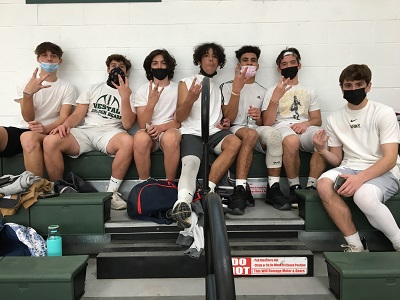 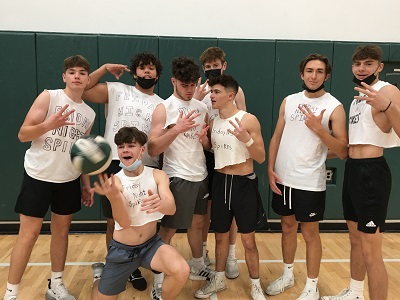 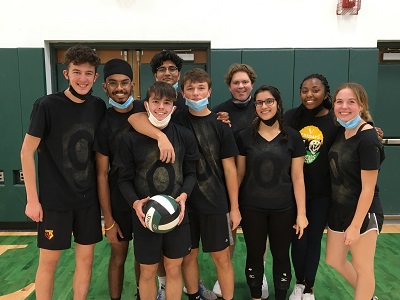 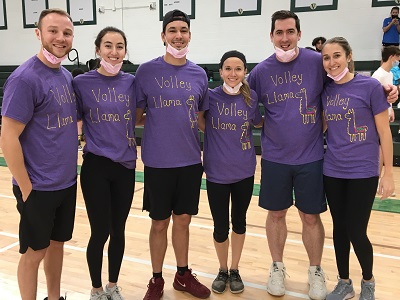 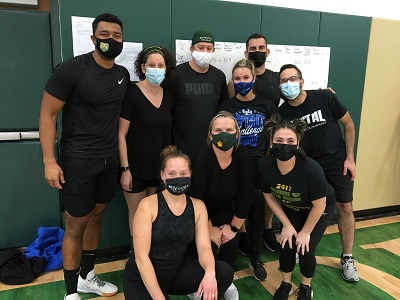 The Iott family has continued their tradition of hosting grassroots events for FIRST, hosting their 14th annual Pumpkin Paint and Bake Sale in October. Pumpkins were donated by Iotts Greenhouse, whose owners are the grandparents of Rylee, affected with ARCI-CIE. Participants painted pumpkins and enjoyed sweet goods. Friends and family members donated the baked goods for sale. The event raised more than $2,500 for FIRST and much fun was had by all.

FIRST is so appreciative of the Iott family for their continued support of FIRST's mission! 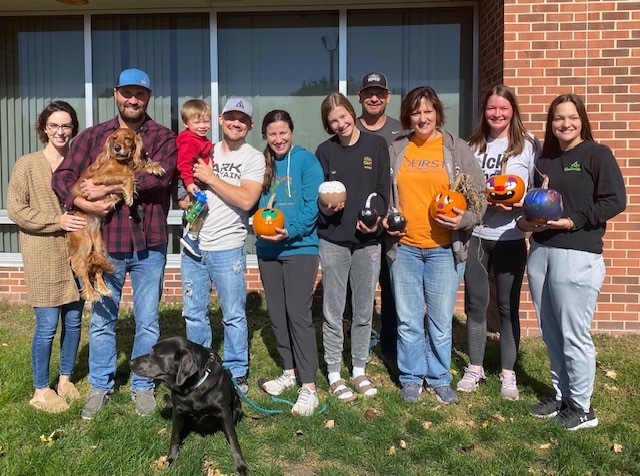 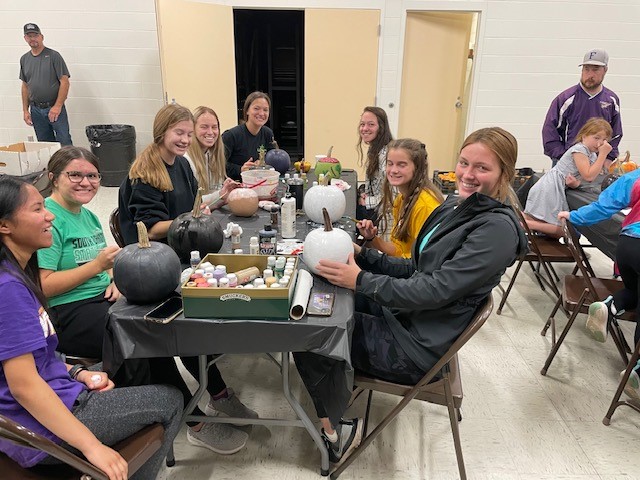 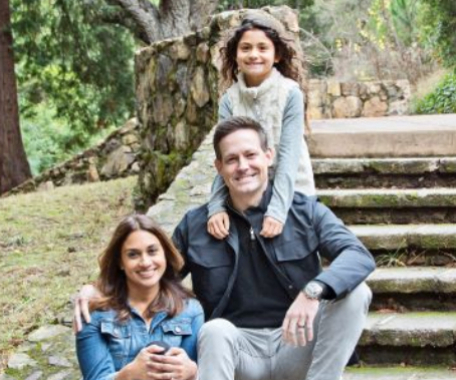 FIRST has been an invaluable resource and support system for our family, from Noor's diagnosis at the age of 5 months, to preparing for future treatments in development, physical therapy, and even specialized kids camps where she can find community with other affected kids. We are thankful for their unwavering support, and hope the funds raised will help other families in need. 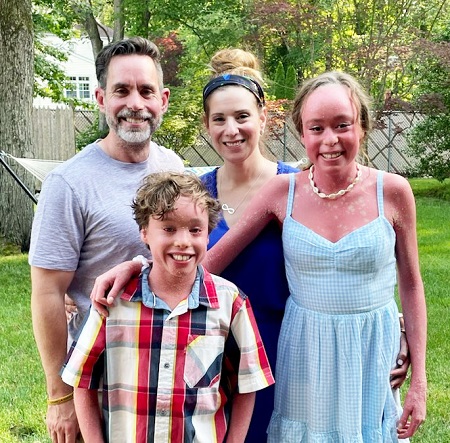 Congratulations to the Cina family of West Caldwell, NJ on their 11th wine tasting event, which raised $7,000! Parents Sean and Jolie have held the event to raise funds and awareness for their children, Portia (14) and Myles (10) who are affected with Ichthyosis En Confetti. Jolie, who is also a Board member, said “Covid forced us to cancel last year and people were sad to miss it! This year, people from across the country sent in donations. The event was indoor/outdoor to make our guests comfortable. Portia performed 3 original songs. It was so great to see everyone again!”

Congratulations also to the Release the Butterfly production! This huge team, led by Board Co-President Tracie Pretak, has hosted over 21 productions in 6 years. In this time of limited in-person events they pivoted to hold 3 virtual events which have raised $9,618! Tracie and her daughter Bailey Pretak, who is also a Board member, have hosted other entertainment events during Covid, which raised $3,560!

Thank you to William Bowman of North Babylon, NY who hosted an archery shoot fundraiser to benefit FIRST!  The event featured a friendly archery competition with the Strong Island Bowhunting and Long Island Babes and Bucks groups, along with a raffle and refreshments. 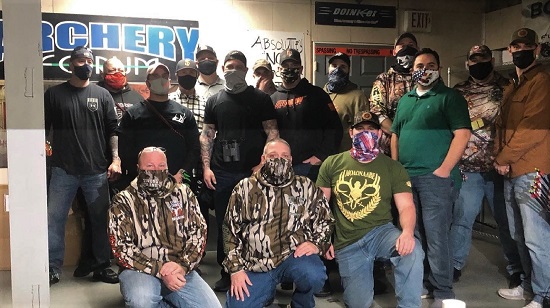 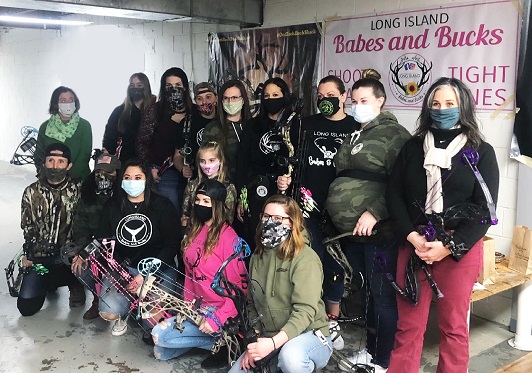 This summer, multiple FIRST families gathered to check out some rides in Kansas City as part of a car show that doubled as a collaborative fundraiser. Friends, family and community members gathered to rally for awareness and community support.

The idea gained momentum when Johnny Ray Burt and Sarah Brosnahan, parents to 4-year-old Ryker, reached out to two other families in the area -- Martha Randall and Calvin Keith, parents to Westyn Randall, and Stephanie Hawkins Garrett and Ronald Garrett, parents to Wyatt Garrett -- to plan an event to bring them together and raise awareness. Knowing that there are many car enthusiasts in the area, the families chose to organize a car show, but their main focus of the fundraiser was the social and emotional support they received from their community. Their fundraiser was a great way to support FIRST, but served as an even better way to educate, inspire, and connect with their community.

The car show was the first event of its kind, and FIRST recently became equipped with new tools that make fundraising, especially events like these, much easier for you. If you are hoping to host a fundraiser, FIRST can help you build an exciting, clever and easy way to get information out to your networks. These new tools offer lots of options for lots of different events, including ways that fundraising teams can compete against each other to raise the most money.

THANK YOU to all our grassroots fundraisers!