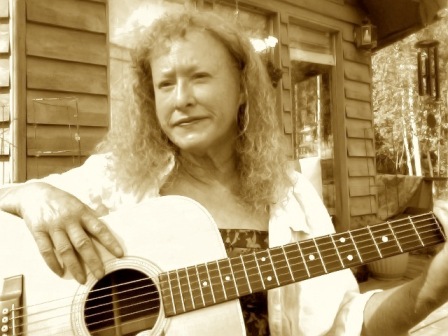 Ahhhh. Dreams…the mystical journey of slumber through a world that lives deep within.  Have you ever wondered if dreams, perhaps, not only guide us under the moonlight, but can be equally effective in guiding us in the light of day?  FIRST member Shelly M. believes just that. In fact, one of her most vivid  and influential dreams occurred nearly 40 years ago, when she was just eleven years old; a dream that would whisper the very secret she had looked for most of her life. We are delighted to  bring you Shelly’s story of acceptance, transformation…and yes…mermaids.

Do you have dreams that are so real they haunt you for the rest of your life?

There is one in particular that I remember when I was about eleven years old. I was out camping with my family near the Copper River in Alaska in an old beat up camper, on an even older powder blue pickup truck. In my dream a “merman” came to the camper to take me from my family. He was not like the beautiful mermaids or mermen from the movies or books.  Although human-like in form, he had webbed feet and hands and huge “Spock-like” ears.  He was tall with various shades of dark, seaweed green skin.  Prince Charming…he was not.  He told me I had to go with him and marry him under the sea. I was terribly upset that my family did not try to stop him. It was like they had been expecting it. My family shrugged their shoulders, looked at me sadly and waved good-bye as he pulled me away. I waved back crying and begging for him to let me stay with them. He quietly but firmly pulled me along.

When we entered the water, I was amazed that the water felt so warm and comfortable and that I could 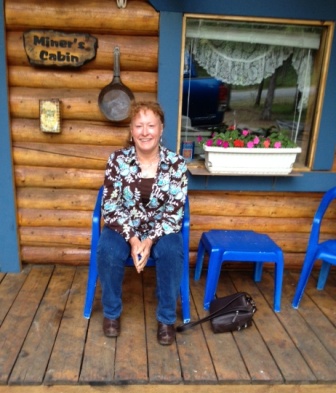 breathe.  I had this amazing sense of freedom as we swam gracefully through the dark sea.  In the distance from up above I could see the sun shining and sparkling down towards me and I was no longer afraid of the merman.  After that I woke up but the dream has stayed with me for forty years.

It wasn’t until many years later I was able to analyze that dream with a friend and understood that it actually had some meaning to it. You see I was born with a rare congenital birth defect called ichthyosis (fish skin). It made growing up in our “soft skin is beautiful” society more difficult yet at the same time it shaped me into who I am.  My skin is very dry with little elasticity, it has a “scaly” like appearance. The only place and time I am truly comfortable is when I am in the water.  I spend hours in the tub and shower and put lotions on constantly so that I can feel as comfortable out of the water as I do in the water.

I have faced some discrimination with ichthyosis, not being allowed into a public pool; when I was a kid, having people being afraid to touch me for fear it was contagious, and having my blood be refused when I tried to donate it at a blood drive at college.  These were just a few of the things that happened along the way.  I think the worst and most devastating incident however, was having my supervising teacher during my student teaching assignment ask that I not work with her anymore. She felt my skin was too “distracting” for the students to learn. I was devastated and I came very close to giving up my career in special education. I wanted to lock myself away in a room away from other people because of her prejudice and inability to understand.  Afterwards, I went home and had a good cry, (and consequently had the rest of my family crying) and went to take a long bath. (So long in fact my mother came to check on me…I think she had thought I had drowned myself or something.) I got through it though, and was placed with another woman who was a wonderful teacher and she was also very understanding.  She knew what it was like to have a skin problem because she had skin cancer.  She, along with my friends and family helped me get back on my feet emotionally and helped build up my confidence again. I ended up being much stronger for it and much less likely to place my beliefs about myself on the basis of one other person’s opinion.  Especially someone I hardly knew.

Even though I was stronger however, my skin was still an issue with me.  Oh, sure I could “handle” it OK and in 27 years of teaching I have never had a problem related to it.  Still, my perception of myself was fairly low as far as physical attractiveness goes.  I didn’t see myself as the person first, who happened to have ichthyosis. I was the girl with fish skin and somewhere inside of her – was me.

Then something strange happened.  As I was talking about my skin condition to a new friend, I was joking, “Yeah, I’m part fish and part human…… Hey, I guess that makes me a mermaid!”

In uttering that one goofy sentence, I went straight from monster girl with fish skin to a beautiful mermaid swimming and frolicking under the sea.  My perception of myself was changed radically and instantaneously from that moment on.  You have heard of “black pride,” “deaf pride,” and “gay pride,” with me it has become “mermaid pride.”  The many long baths I had to take, once tedious and boring, became trips to the sea in my imagination or I was like Daryl Hannah in the movie Splash.  Just going in to wet my “fins.” It was a magical transformation.

The Legend of Mermaids 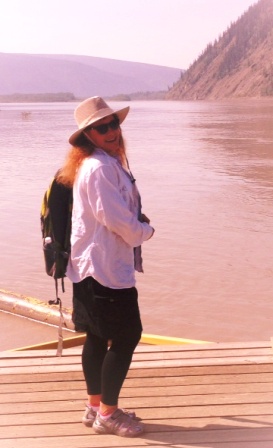 After that I started doing some research and became fascinated with the legends of mermaids.  I learned that mermaid myths exist in almost every culture and they were thought by some to be healers or to have psychic powers.  There have been very credible people who have sworn that they have seen mermaids, sometimes right before a storm as if they were being warned of impending danger.  Many paintings show mermaids singing on top of rocks in the surf or playing with fellow sea creatures.  Most of them are beautiful romantic images.

Then I started developing my own theory about where the legends of mermaids may have come from.  What if just maybe, the legends of mermaids really did start with people who had ichthyosis?  I had to have inherited it from ancestors up to ten generations back and it had to come from both sides of the family, (recessive genes); Irish from my dad’s side and English/Dutch from my mother’s, both cultures which have mermaid myths.  Years ago people probably didn’t have lotions and baths to make them more comfortable so I imagine that everyone who had the chance would spend a lot of time in the water such as lakes, rivers, or oceans trying to stay comfortable.  Perhaps folks saw ichthyosis people in the water and along with seeing their fish like skin, the legends of mermaids were “spawned.” (Ichthyosis although rare is found in most cultures just like the legends of mermaids.)

As I thought about it, I remembered going to an ichthyosis conference where for the first time I met other people with ichthyosis.  I was amazed as I got to know people, of the common similarities we had besides our skin. We talked about some psychic experiences most of us have had and I found out that almost every single person was musically inclined.  Many were involved in choirs.

So, of course, now I picture all OUR ancestors being the ones singing on those rocks and warning past sailors of danger.  Since then I have acquired quite the mermaid collection.  Of course, people who don’t know me have a hard time figuring out why I have all these mermaids- many which are bare chested all over the house.  (I have thought about making them little bras so the more sensitive people won’t be offended.)  My friends have been wonderful and always keep their eyes open for special mermaid “treasures” when they are traveling.  My most recent addition came from Italy.

I have had some fun with my mermaid revelation. Once in the Galapagos Islands I was on a Zodiac boat with some of the male guides from the ship.  They asked me about my skin but I didn’t think they would understand my English and I knew I wouldn’t be able to explain it in Spanish so I simply smiled at them and said very matter-of-factly, “Yo soy la sirena” (I’m a mermaid) and then I promptly dove into the water.  When I looked back at them they had their mouths hanging open as they looked back and forth between me and each other.  They couldn’t decide if I was crazy, joking, or maybe somehow telling the truth.  They looked at me strangely throughout the rest of the trip.  It was all I could do to keep from cracking up laughing every time they gave me one of those “looks.”  By the end of the trip I had been invited by the guides to sing and play with their onboard music group they had formed.  We had a blast.  It was a fun and magical trip.

It was several years ago now that I sat discussing the strange dreams I’ve had with my friend Lydia. When I told her about my merman dream she pointed out quite easily what it probably meant.  The merman WAS the ichthyosis and I WAS married to it.  I didn’t like it, my family didn’t like it, but there was nothing any of us could do about it.  It suddenly seemed so simple.

Now that I have been swimming through the “sea of life” for some time, I realize it’s OK to have ichthyosis and to be who I am. It’s not any scarier or worse than I choose to make it.  Whenever I want to, I can swim up to that sun shining and sparkling down towards me from the surface to be who ever I want to be or do what ever I want to do, because that is where the magic lives. The only thing that can ever stop me from going anywhere or doing anything is my perception of myself and all I can say about that right now is……Mermaid Power!!!