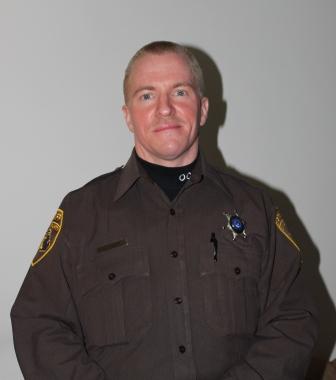 Don't Let Others Determine Your Potential

My name is Jason and I was born on May 6, 1973, at Children’s Hospital in Detroit.  I was originally diagnosed with lamellar ichthyosis.  When I was born I had a collodion membrane around my body that was filled with fluid. After draining the fluid,  the doctors saw how red and scaly I was, so they rushed me  to the intensive care unit because they didn’t know about my condition.  After spending the first few weeks of my life in the hospital, I was allowed to go home.

I went to preschool and kindergarten in Warren, Michigan.  Early on I suffered from high fevers of 104º and 106º, and I had pustules that covered my chest and back, which were very painful.  Doctors tried many different things on my skin.  At one point they tried a topical steroid cream that caused a toxic effect and I almost died—so to this day I cannot use anything with steroids in it.  I didn’t really understand about my skin condition at this age, but I knew I was 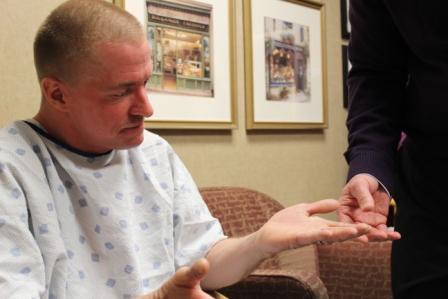 different by reactions I would get from people.  My parents did a great job of treating me like a normal child and with two older sisters it helped.  In 1979, my family moved to Sterling Heights.  I started first grade with a red face and a skin condition that no one knew about—nor did they understand how someone could not sweat because their skin was too thick to let the moisture out.   It was a very difficult time.  Kids, as we know, can be cruel (and sometimes evil) when they don’t understand something.  I did the best I could to fit in and try to be treated like a normal kid.  In the 5th grade I discovered music and started playing the drums.   My last major health incident, where I ended up in the hospital with a high fever, was at the age of 10.

It was around 1984 when I first went to the University of Michigan Dermatology Center and found out that I was misdiagnosed.  I actually have non-bullous congenital ichthyosis, which is now referred to as congenital ichthyosiform erythrodema (CIE).  With the new diagnosis, the doctor changed my treatment and had me try this new cream, a water washable base cream that is only available at University of Michigan pharmacy, and it changed my life.

I have always been self-conscious about my looks, and I still am, but after I graduated from high school, I refused to let my condition limit my aspirations.  I used my ability to play drums and in 1996 I moved to California and attended Musicians Institute in Hollywood.  I traveled around the west coast for two years and I came back to Michigan at the end of 1998.  Staying involved with music, I got into doing production lighting work and I have done hundreds of shows and toured with bands all over the country. In 2004, I met the love of my life.  In 2007, I wanted to try something else, so I enrolled in college and started studying law enforcement. I got married in 2008.  I graduated summa cum laude in June 2010 and in August of that year I entered the police academy, which really tested my ability to control my skin condition.  I successfully graduated in December of 2010, at the age of 37 ranking

12th of 42 cadets.  I am currently a Deputy Sheriff in Oakland County, Michigan.  I am living my dream and loving my wife and my life.  I handle my skin condition each day and am thankful to my parents for always supporting me in whatever I tried, and never sheltering me from a challenge.  And I am thankful to my wife for her support and understanding.  I hope others will read this and see that with determination and a strong sense of self that anything can be accomplished.

Never let someone tell you what you are capable of achieving.