Ichthyosis - A Part of Who I Am 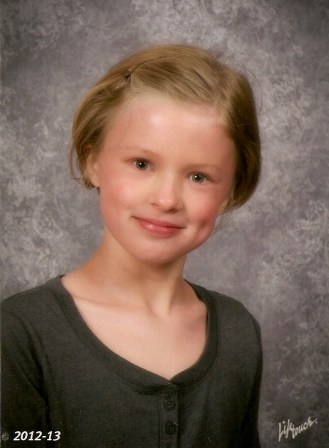 Written by:  Jennifer B.

I was diagnosed with ichthyosis vulgaris when I was 30.  I'd always had extremely dry skin, so the diagnosis didn't surprise me.  "Just use lotion twice a day and add a squirt of baby oil to your bath water," the dermatologist advised, and although the baby oil left me with extra housework it also left me with prettier skin.  So a year later, when my husband and I found ourselves on the other side of the world meeting a little girl with a diagnosis of ichthyosis, I thought I knew what I was doing.  "Ichthyosis? Oh, I have that!" I shrugged, believing that little Ana would be totally fine with a bit of lotion and a good, hot bath.  Two months later I finally got custody of her, and she celebrated her adoption by getting extremely sick with strep.  She spiked a fever, became lethargic, and all of her skin began peeling off in sheets.

And that is when I found FIRST.

Trapped in a post-Soviet country, unable to speak the language or even able to find lotion for her, I started scouring the internet for help.  From around the world parents patted my hand, calmed me down, and gently led me through what was only the first of my freak-outs.  For the next three years I struggled to grasp how I would raise a child who could not sweat when our summer temperatures soared over 100°F.  I carefully learned each of the names our dermatologists gave her condition, ARCI-lamellar, then nb-CIE, then CIFS, and then I learned to roll my eyes at the terminology because none of them meant doing anything differently.  I tracked down a cooling vest small enough to fit a toddler, learned to make lotion, washed cloth diapers, and sobbed for her while she slept.  Would she have friends? A boyfriend? A prom?  How would she survive middle school?  And I wept, over and over, terrified of what lay ahead for her.

And then Ana learned to talk, and it gradually became clear I was over-reacting.  Ana bloomed.  I washed away the built up skin and she sprouted crazy blond hair, beautiful dimples, and a mischievous smile. She danced around the Mexican restaurant, shaking her tiny booty to the Latino rhythms in her Mexican soccer jersey while the wait staff clapped.  Strangers handed her money and toys at the mall.  Boys sneaked kisses on the playground and left love notes in her backpack.  And slowly, surely, my fears for her left, and I let myself trust not just that Ana would be okay, but that Ana would have the world at her beck and call.

Ana is now 8, a formidable soccer player and voracious reader.  She loves video games, is obsessed with various boy bands, and has a harem of boys who do whatever she tells them to.  At the ichthyosis conference in Denver last summer, a boy proposed to her over lunch and tried to convince me to let her go live with him.  I worry now not that Ana will have a boyfriend, but what will happen when she does have a boyfriend.

Having ichthyosis bothered Ana when she was little only because she can't sweat.  She is still young, and the cosmetic aspects aren't really an issue for her right now, but not being able to just run around and play like other kids makes her sad.  And yet she has said, repeatedly, that she would not want to live her life without this condition.  When she took part in the Yale study last year I explained our hope is that someday there would be a medicine she could take to let her sweat just like everyone else.  "I wouldn't take it," she said. "Having ichthyosis makes me special. It's just part of who I am."

And I wouldn't want her any other way.