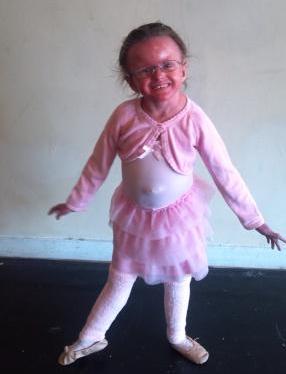 Carlie was born a month early on December 14th, 2004.  The doctor could tell right away that there was something wrong with her skin.  She was also having trouble breathing.  She was transported to a nearby NICU where she spent her first 15 days of life.  During that time a dermatologist was brought in who told us it was most likely ichthyosis, but was uncertain what type it was.  She was born with a collodion membrane and it was heartbreaking to watch her kick in pain each time the pain medication started to wear off.  But we could tell very early on that she was a fighter, which has certainly been a blessing because she has had to fight for her life many times.  We were blessed though because it only took her about 5 days to lose the membrane.

At her 2 month check-up we found that she had not gained any weight.  Her doctor quickly changed her feeding regimen and we went back a week later to see if it helped. She had lost an ounce and a ½ from her already-small 6 pound body. She was admitted to the hospital where we started using NG tubes to feed her.  She spent 6 days in the hospital before she was gaining consistently enough to go home.

When she was 8 1/2 months old she had been suffering from a stomach virus, which quickly turned into something much more severe.  She had a high fever and then started to swell and have difficulty breathing.  She was rushed to a local hospital via ambulance and we quickly found out that her sodium was dangerously high.  Her pediatrician was brought in and he made the decision to transfer her to the closest children's hospital at the time which was in Knoxville.  She was admitted there for 15 days while the staff worked tirelessly to find the reason for the high sodium and to get it down. While she was in the hospital we were introduced to several specialists. Some we still see today.  Two that would change our future were a pediatric dermatologist in that area and a geneticist. 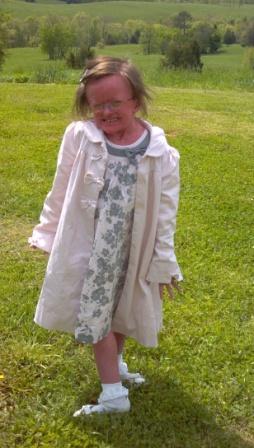 We still did not know what type of ichthyosis she had.  The doctors kept thinking it looked more like CIE, but she was having too many other medical complications for that, so Netherton syndrome was also a possibility. When we went for follow-up appointments with our pediatric dermatologist and the geneticist, both gave us the name of another doctor to see, Dr. Virginia Seybert in Seattle, Washington.

A decision was made to give Carlie a Mickey Button (feeding apparatus) and perform the Nissen fundoplication (a surgical procedure) to help with her reflux.  This was done when she was 11 months old.  This made a tremendous difference in her growth!  She still has it today as she is still learning to eat.

In January, 2006, when she was 13 months old, we traveled to Washington where Dr. Seybert diagnosed her with Netherton syndrome. During that year, my sister found FIRST online. We were blessed with the opportunity to go to the FIRST national conference that summer in Atlanta, Georgia.  It was wonderful because it was only 4 hours away from our east Tennessee home.  It was AMAZING to meet others of all stages of life with her same type of ichthyosis!

Throughout Carlie’s first years of life she remained quite behind developmentally, so we were busy going to physical therapy, speech/eating therapy, and eventually occupational therapy.  As well as MANY specialists appointments.

For a while it seemed like we were on the upward climb. Carlie would start using a walker, then she would get sick and "backslide" in her development.  We went to the national conference in Chicago, Illinois.  The doctors there suggested a change in her feeding regimen.  However, it took several months to get this changed. During this time, Carlie developed torticollis (tightening of the neck muscle) and she began experiencing symptoms that we thought were pneumonia. It was determined that she had 3 possibly 4 broken ribs that had been broken for a while.  We were devastated because we had no idea!  Her orthopedic doctor diagnosed that Carlie had developed severe osteoporosis, and scoliosis. In January her feeding regimen was changed and by February we could already see a major difference in how she felt.  She was now on an "upward climb" again!

That spring we went to Cincinnati, Ohio to see another specialist and to have a dexa-scan (which measures bone density) performed to see just how severe her osteoporosis was. With one being normal, she measured a negative 4.7.  We were told it would take years for her bones to re-strengthen with the help of therapy and medication.

By fall a physical therapist had Carlie back to using a walker again.  She was given private ballet lessons with her walker which she loved!  By December, right around the time of her 5th birthday, she gave up using her walker and began walking all on her own! The next spring another dexa-scan measured her bone density at only negative .5 which was very close to normal and truly a miracle.  We had only one explanation for this AMAZING recovery...the healing of God!!!    She has continued to thrive with only a few minor setbacks.  She still takes ballet, which she absolutely loves.  Her most recent dexa-scan measured her bones to be completely normal!  She is looking forward to coming to the national conference this summer.  She can't wait to see her "special skin friends" as we call it.