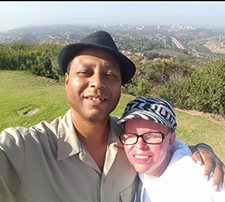 At the age of 7 months I was taken to Great Ormond street Hospital in Londano where I was diagnosed with ichthyosis.  The type I had was congenital ichthyosiform erythroderma (CIE). That was in 1975. In 2002, in Seattle, I was rediagnosed with Netherton syndrome, which is similar to CIE. At Great Ormond Street Hospital, I was the third baby they had seen with red scaly skin.  Back then, out there if they had seen three people with the same conditionm nire research was going to take place. So, I wa the third one.  Yay me!

Doctors in Atlanta, Georgia, todl my mom it's good I was taken to that hospital.  More research was done after that and it continues.  I started Primary School in 1980, it was a hard time.  The first time in a school environment, used to get teased on most days, going home not happy.  I attended high school from 1987 to 1992. It was a difficult time, just seemed like you had to be accepted and I wasn't. Getting teased all the time from classmates, I continued to do my best regarding grades.  I was 12 years old when I became interested in boys.  Most of the time I kept it quiet because I soon learned that when I told someone, news traveled. After 1 hour or less after I spoke, the whole school seemed to find out.  It created more teasing to me and the others. 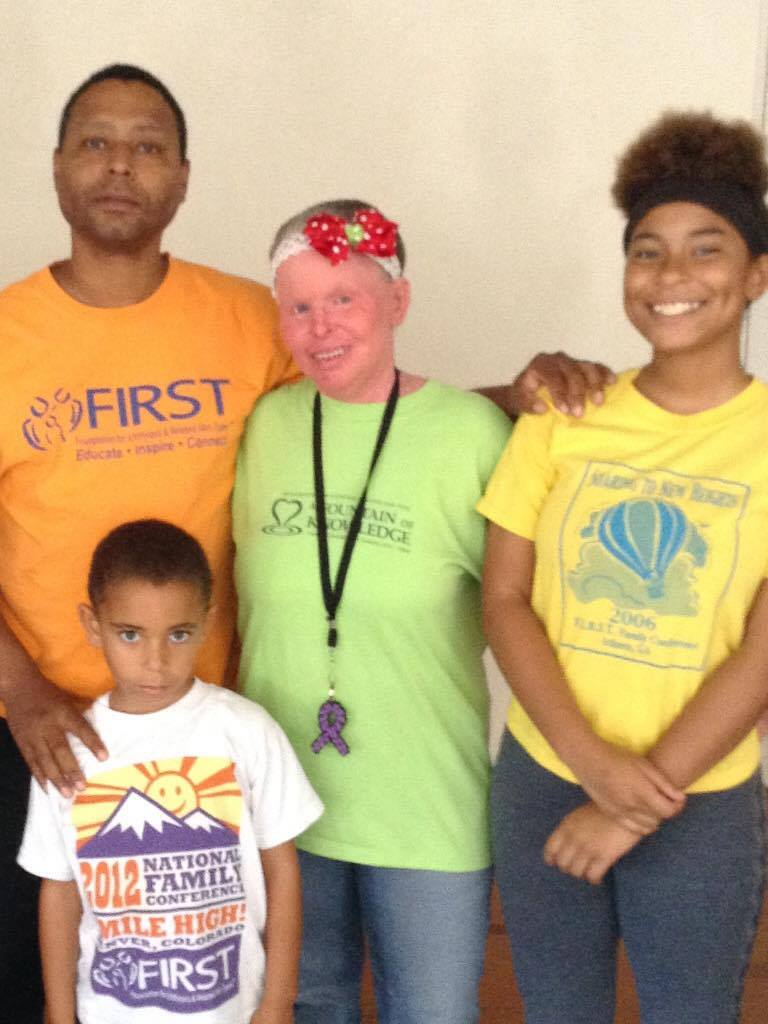 Then something happened. I started to 'check out' James, and started college in 1992, graduating with a general secretarial course in 1994.  Things were finally starting to look up.  In 1995, I began working at a major bank in Bermuda.  In 1996, James finally proposed and we got married in July 1997.  We now have 2 children, D'Jae, aged 15, and David, age 8.  In 2014, it was discovered that I had thyroid issues, anemia and a Vitamin D defiiciency.  In 2015, I noticed a spot on my right breast. It was bigger than a dime in shape.  The doctors were putting creams on it, photographing and measuring the wound.  Upon further pokes, pictures and skin biopsies from Yale, I had the piece surgically removed from my breast. Now I have a scar, my first one ever.  Currently, I teach Sunday school as well as involved in other ministries at our church, am an active parent rep for my son's class, and I continue to serve my community helping any way I can.  I have spoken at schools and our local health department and our story has been told in our local newspapers.  Knowledge is power! At the FIRST conferences, I have taken part in all the studies to help someone else.  I have finally reach my dream of getting married, having children, a full-time job, etc.  You can achieve yours!