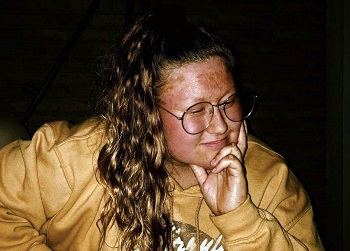 Growing up is hard. Teens are all trying to figure out who we are, and sometimes it’s hard to accept that. For me, it was much harder at a young age to love who I was and how people saw me. Growing up living with ichthyosis is much different than those who are born without it.

According to FIRST, “Ichthyosis is a family of genetic skin disorders characterized by dry, scaling skin that may be thickened or very thin.” There is no cure and the few people in the world who are born with it have to live with the struggles of ichthyosis. One person in several tens of thousands is affected by this condition. 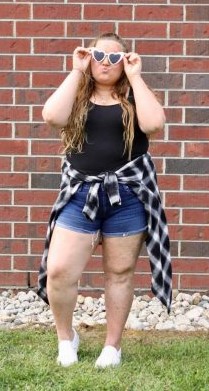 When I was in elementary school, my skin condition didn’t bother me all that much. I didn’t think about it as I would in middle school. At such a young age all I was worried about was playing and having fun.

But once middle school came around and looks become important to everyone,  I started doubting my skin and thinking about how much I wish I didn’t have it. I had a few friends here and there but I never felt like I was wanted because kids were too worried about how I looked. I remember researching if there were any surgeries or anything I could do to change who I was. I kept pushing through until the next level of schooling: high school.

Thankfully High school is when my true friends stood out. They were the people that didn’t care about my differences. I remember starting to become less upset by my ichthyosis. I grew out of wanting to change it. It’s not like I wanted to have it or liked it, but I had accepted the fact that this was the rest of my life. I still got stares from people, but it didn’t bother me as much as it once did.
Now, I wouldn’t change my skin for the world. I see it as a blessing in disguise. They say everyone is different in their own ways and I believe that. However, it’s hard to see people’s differences when they’re on the interior. Whereas mine is on the exterior for the world to see.

I hope the world will start to learn to be less judgmental by just a glance because it takes much more than a look to know who someone is and what they have to offer.