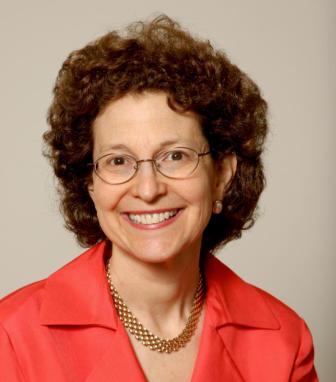 Although the scaling that characterizes ichthyosis often occurs as the body's attempt to provide a better barrier against water loss and protection from the outside, peeling agents and moisturizers are the way most ichthyosis is treated. During the past decade or two, however, scientists have discovered the genetic and biochemical basis of most forms of ichthyosis. These discoveries provides an opportunity to use mechanism-targeted topical therapy. One form of ichthyosis, called Congenital Hemidysplasia with Ichthyosiform erythroderma and Limb Defects (CHILD) syndrome is a disorder primarily in girls (X-linked dominant) in which there is an enzyme missing in the pathway towards production of cholesterol. Although most of the public thinks of cholesterol as unwanted, it is actually critical to the function of cells, including skin cells. In the case of CHILD syndrome, the combination of cholesterol deficiency and the accumulation of intermediates because of the missing enzyme leads to red, scaling skin and developmental defects (especially of limb formation). What is intriguing about CHILD syndrome is that the skin and bone changes tend to occur on only one side of the body ("lateralization"), and no one had previously tried to understand why this occurs.

Because of our understanding of the basis for the features of CHILD syndrome, we hypothesized that the combination of blocking the formation of the toxic intermediates by using a statin and adding back cholesterol to the skin could improve the skin condition. We formulated 2% lovastatin/2% cholesterol and applied it to the skin of two affected women twice daily. Topical treatment with lovastatin/cholesterol (but not cholesterol alone) virtually cleared skin lesions by 3 months. Biopsies of treated skin showed that it had virtually normalized, as viewed both by routine microscopy and under the high power electron microscope. Both women were able to taper the use of the topical cholesterol/lovastatin to once or twice a week for maintenance and have remained relatively clear. This exciting result validates the use of "pathogenesis-based therapy" and suggests that this approach could be considered for other forms of ichthyosis, particularly those of lipid metabolism.

We also began to investigate why the skin and bone abnormalities occur only on one side of the body. We took biopsies of skin from areas with abnormal-appearing skin and from normal-appearing skin, and we grew cells in culture from the outer layer of skin (keratinocytes) and the deeper layer of skin (fibroblasts). We found that the DNA-based genetic change that leads to the missing enzyme occurs in every cell on both sides of the body. To understand the lateralization of CHILD syndrome, one first has to understand "functional mosaicism," a normal situation in girls. Females have two copies of the X chromosome, one from the mother and one from the father. In every female during the first weeks of life, a decision is made in each cell to turn one X chromosome on and turn the other X chromosome off. From that time on, as each cell divides to populate the skin and other organs, it retains the original code that dictates which X chromosome is turned on and which is turned off. Normally, that early decision to express the genes from one X chromosome or the other in a given cell is a random one, leading to a random pattern. Because both X chromosomes usually express normal gene products, we don't usually notice the difference. When the product of one X chromosome is abnormal because of a gene mutation that affects a skin cell, however, it may manifest as a patterned skin abnormality. Chondrodysplasia punctata or Conradi's syndrome is a form of ichthyosis in which the gene change occurs on the X chromosome and stripes of skin changes can be seen in a random distribution. The gene that is mutated in CHILD syndrome is also located on the X chromosome, and thus affected females have one normal and one mutant X chromosome. However, the skin (and bone) change in CHILD syndrome does not present in expected stripes in a random distribution on both sides of the body, suggesting that the X chromosome inactivation is not randomly distributed. Indeed, when we examined the blood cells of one of our patients, we found that almost 90% of the cells showed activation of the normal X chromosome. This situation provides evidence of a selective disadvantage to cells with activation of the abnormal gene. When we examined keratinocytes from the ichthyotic skin, we found activation only of the abnormal X chromosome; in keratinocytes from unaffected skin, we found activation of only the normal X
chromosome.

While we do not yet understand the mechanism by which abnormal skin and bone cells are cleared from one side of the body, but persists on the other side in the developing embryo, further studies could both explain the lateralization of CHILD syndrome and help us to understand normal spatial organization in developing babies.