Dr.  Heiko Traupe, at University Hospital, Muenster, Germany has been selected to receive $75,000 for his project titled, “Liposomal packing of recombinant transglutaminase 1 as an essential step toward enzyme replacement therapy of transglutaminase 1-deficient lamellar ichthyosis”. Dr Traupe’s objective of the project states that “enzyme replacement therapy has greatly benefited genetic skin diseases such as Fabry disease and holds great promise for transglutaminase 1 (TGase-1)-deficient lamellar ichthyosis (LI) and for other genetic types of LI. The current therapeutic situation for LI is deplorable. We want to change this by developing an enzyme replacement therapy for TGase-1-deficient LI. The general idea is to develop a cream containing the missing enzyme. In previous work we have already cloned two different cDNA constructs of TGase-1 carrying a C-terminal hexahistidine tag for purification. We are able to express the recombinant proteins in insect cells using the baculovirus expression system. A major obstacle is that the enzyme - once liberated from the cream - because of its intracellular membrane-bound localization needs to be taken up by the keratinocytes and to reach its proper place. We want to develop a lipid based formulation for recombinant transglutaminase 1 to show that the enzyme is indeed taken up by the keratinocytes and still has specific activity.” The project’s relevance to the mission of the Foundation for Ichthyosis & Related Skin Types: “The project wants to advance the field of development of a causative treatment for transglutaminase 1-deficient lamellar ichthyosis by showing that it is possible for keratinocytes to take up even large proteins such as transglutaminase 1 once they have been packed into cationic liposomes. This will be an important milestone in the development of an enzyme substitution therapy for this disease.”

In this project we have shown that a) transglutaminase 1 can be packed into ingeniously constructed liposomes that carry a second peptide to facilitate uptake, b) can be transported with the help of these liposomes from the outside of the cell into the interior side of the keratinocytes where it belongs and c) still has considerable specific activitiy after the transport across the cell membrane.  These results give hope that the problem of enzyme delivery can actually be solved by producing creams that contain such liposomes in the future.  An issue we would like to resolve in the coming couple of weeks is the question for how long the enzyme is stable once it has been encapsulated into liposomes.  We expect that it will be stable for several weeks, but have not studied this issue yet.

The next big milestone will be to develop an in vitro system/cell culture conditions that reflect the situation of the human epidermis in a realistic manner (so called "three dimensional skin equivalent") and to recontruct the human disease on the back of immuno deficient mice (so called "skin-humanized mice").  Such in vitro and in vivo models will be necessary to check in the future whether our TGase-1 liposomes are effective and can indeed correct the LI phenotype.

Transglutaminase 1 is a crucial epidermal enzyme. It facilitates the formation of the epidermal barrier, which prevents dehydration due to the loss of body water, poisoning from the absorption of noxious substances, and systemic infection from invading surface microorganisms.

Loss of transglutaminase 1-activity results in the severe genetic skin disease lamellar ichthyosis (LI).  Most patients with transglutaminase 1-deficiency exhibit a life long pronounced scaling with increased transepidermal water loss (TEWL). Additional complications include episodes of sepsis, fluid and electrolyte imbalances due to impaired skin barrier function, and failure to thrive, especially during neonatal period and infancy. Transglutaminase 1-deficient LI still is associated with increased mortality in the neonatal period and has a dramatic impact on quality of life. No efficient treatment is available; current therapy only relieves some symptoms.

In vivo studies in human skin are limited by ethical and practical considerations. Although an animal model of transglutaminase 1-deficiency exists, it does not recapitulate (copy) the human disease and presents several drawbacks. TGM1 knockout mice lack clinically visible hyperkeratosis and display an extreme impairment of the epidermal barrier so that TEWL is dramatically increased. The fact that these mice die 4-5 hours after birth due to impaired barrier function is the strongest validation of the importance of transglutaminase 1 for CE-formation.

Punch biopsies obtained from two patients suffering from transglutaminase-deficiency were used to isolate keratinocytes and fibroblasts. Together with the working group of Dr. F. Larcher (Madrid, Spain) we prepared so called “bioengineered skin equivalents” for grafting onto immunodeficient mice.  Four to six weeks after grafting of “bioengineered skin equivalents,” the devitalized mouse skin used as a biological bandage spontaneously peels off, and efficiently regenerated human skin grafts became visible. We observed that LI-regenerated skin persists in the recipient animals for periods longer than 20 weeks, indicating stable engraftment of epidermal stem cells.

Macroscopically LI-regenerated skin showed the main phenotypic characteristics of patient skin, such as epidermal hyperplasia and compact hyperkeratosis. Using a human specific antibody against involucrin, we could confirm the human origin of the grafts and clearly delineate the border between mouse and human skin. Further investigations of diagnostic markers like the in situ monitoring of TG1-activity and immunohistochemical staining of TG1 using specific TG1-antibodies show a complete absence of TG1 in the grafts. Ultrastructural investigations display cholesterol clefts which are characteristic of transglutaminase 1-defient lamellar ichthyosis. 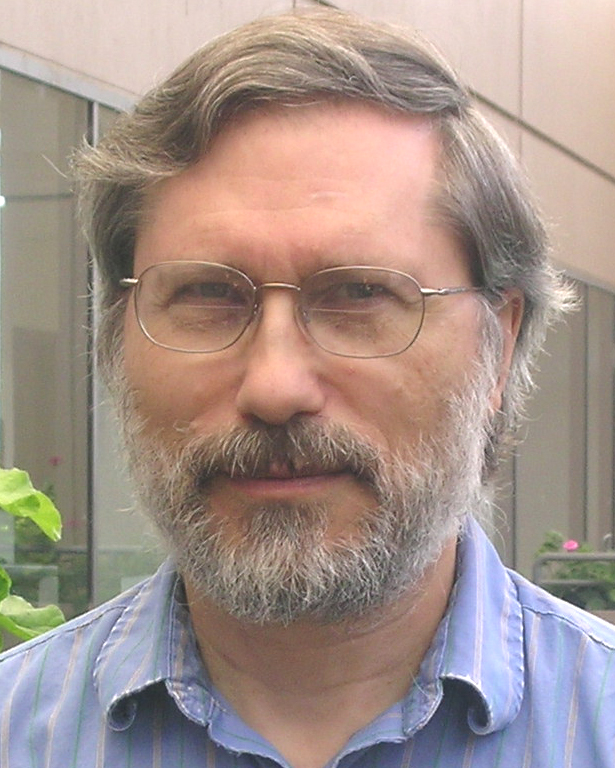 In cooperation with Dr. Robert H. Rice from the University of California in Davis, our model was validated by proteomic analysis. Proteomics is the large-scale study of proteins. Proteins are vital parts of living organisms, as they are the main components of the physiological metabolic pathways of cells.  The term "proteomics" was first coined in 1997 to make an analogy with genomics, the study of the genes. The proteome is the entire number of proteins of a tissue, including specific modifications. This will vary with time and distinct requirements, or stresses, that a cell, tissue, or organism undergoes. In this study, we investigated skin of LI patients and of regenerated grafts and could show that the results in our grafts closely correspond to the results obtained in the skin of LI patients.

We conclude that this skin-humanized mouse model accurately recapitulates the human disease phenotype and concomitant molecular changes and can be used as an excellent tool for testing of novel and meaningful therapeutic approaches for this up-to-date untreatable genodermatosis.

Lamellar ichthyosis is a severe skin disease, which belongs to the genetically heterogeneous group of autosomal recessive congenital ichthyosis (ARCI).  About 48% of all ARCI cases can be ascribed to transglutaminase 1 deficiency due to mutations of the corresponding gene TGM1.  For assessment of therapeutic approaches and further molecular characterization, a faithful pre-clinical model is needed because naturally we cannot test new drugs directly on patients.  An existing animal model for transglutaminase 1 deficiency does not recapitulate (copy) the human disease.  Obvious drawbacks of the so-called TGM1 knockout, in which transglutaminase 1 is not functional, are the lack of clinically visible hyperkeratosis and an excessive impairment of the epidermal barrier, which protects the skin against external pathogens and dehydration (transepidermal water loss.)  Moreover, these mice die within 4-5 hours after birth due to dramatically increased transepidermal water loss.  Therefore, the project supported by FIRST concerned the establishment of a stable skin-humanized mouse model of transglutaminase 1-deficient lamellar ichthyosis.

In a second step, these skin equivalents were transplanted onto the backs of nude mice which lack an immune system to prevent rejection of the artificial skin.

Four to six weeks after the transplantation process, the transplanted skin (grafts) show a full recapitulation of the human skin phenotype of transglutaminase 1 deficiency with a very thick and packed stratum corneum and a pronounced scaling of the skin.  These grafts are stable for at least 20 weeks and are an excellent tool for testing of new drugs.

Our skin-humanized mouse model faithfully recapitulates the human disease and is an excellent tool for testing of novel therapeutic approaches.1  Indeed, right now, we already have tested the first liposomal formulations with encapsulated recombinant (man-made) transglutaminase 1 using this mouse model to develop a specific, curative enzyme replacement therapy for patients suffering from transglutaminase 1 deficiency.  The very preliminary results of this project in which we try to replace the missing enzyme, transglutaminase 1, in the skin are quite promising.

Professor Heiko Traupe, a FIRST-funded researcher at the University Hospital in Münster Germany, has achieved a breakthrough in developing an enzyme replacement therapy for patient affected with a form of lamellar ichthyosis (transglutaminase 1-deficient autosomal recessive congenital ichthyosis).

“We succeeded in restoring the normal histological architecture and normal skin physiology function as measured by transepidermal water loss in skin grafts of patients suffering from transglutaminase-1 deficient-autosomal recessive congenital ichthyosis. These skin grafts were transplanted onto athymic nude mice and treated with liposomes containing recombinant transglutaminase-1,” noted Dr. Traupe. “One should note that still quite some work needs to be done before this can enter the clinic.

See full article in The American Journal of Human Genetics

This project was carried out in close cooperation with Dr. Karin Aufenvenne, Dr. Margitta Dathe, at the Leibniz-Institut für Molekulare Pharmakologie, and Dr. Fernando Larcher from the CIEMAT in Madrid, Spain.