Why Some Ichthyoses Get Infected (2013) 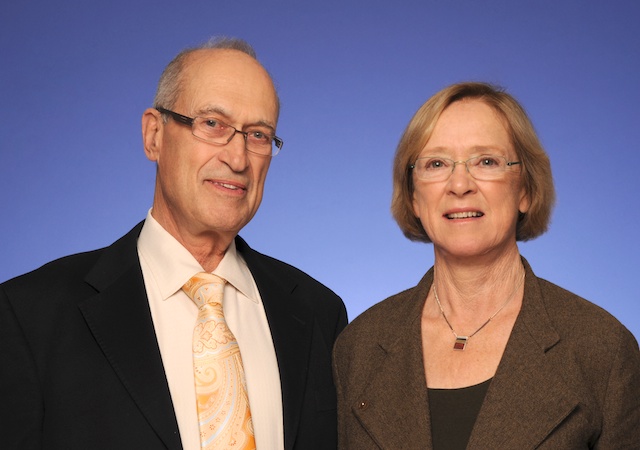 Recurrent skin infections caused by pathogenic bacteria, like Staphylococcus aureus, or by fungi, are a common problem for many people with ichthyosis. Some types of ichthyosis, such as epidermolytic ichthyosis (also called EHK) and Netherton syndrome, are especially prone to this complication. In addition, infants with more severe forms of ichthyosis can develop life-threatening, even fatal, disease from the spread of the skin infection into the blood stream ("septicemia"). Precisely why the skin in ichthyosis is so vulnerable to infection is not known.

To begin to answer this question, we started from the fact that all of the ichthyoses have an abnormal permeability barrier function. This barrier, which holds our body water inside as we move about in a dry, terrestrial environment, is the most important function of the skin. In fact, the severity of the different types of ichthyosis parallels the severity of their barrier defects. Of course, this same barrier is also charged with keeping out many bad things from the environment, such as allergens, excessive ultraviolet light, toxins, and free radicals, as well as disease-causing microbes. We reasoned that when the permeability barrier fails, these other barrier functions may also fail, including the barrier against infectious organisms. Prior studies from our laboratory have shown that the permeability barrier and antimicrobial barrier, which keeps out microbial pathogens, are closely related. For example, when one type of barrier is compromised, the other barrier also frequently demonstrates significant abnormalities. In this study, we look at three genetically-unrelated types of ichthyosis:  Harlequin ichthyosis (HI), Netherton syndrome (NS), and epidermolytic ichthyosis (EI, or EHK), because all three are characterized by severe permeability barrier abnormalities accompanied by recurrent skin infections.

We and other laboratories also had previously shown that these ichthyoses (HI, NS, and EI) have abnormal lamellar bodies. Lamellar bodies are tiny structures formed inside the cells of the epidermis. They are filled with lipids (fats) that will ultimately coat the outside of the cells of the stratum corneum, and, in so doing, waterproof the skin. Lamellar bodies can be thought of as tiny delivery vans. These bodies not only deliver the lipids that are needed for the permeability barrier, but also they carry enzymes needed for normal shedding of the stratum corneum, as well as two antimicrobial peptides that are critical for the defense against microbial pathogens (Fig. 1). Therefore, we hypothesized that the increased risk of infections in HI, NS, and EI could reflect abnormalities of the lamellar body delivery system.

For these studies, we used stored skin samples from our laboratory, the Ichthyosis Registry (Dr. Phil Fleckman), and from some of our collaborators at Yale University (Dr. Keith Choate), and Yonsei University, Seoul, Korea (Dr. Eun-Ho Choi). In addition to HI, NS, and EI, we also examined normal human skin, and three other types of ichthyosis (X-linked ichthyosis [XLI], neutral lipid storage disease [NLSDI], and Gaucher disease [GD]), in which lamellar body formation and secretion are normal.

We were interested in seeing whether the infections in HI, NS, and EI could be due to a deficiency of these critical antimicrobial peptides – because of problems in loading the protein into the lamellar bodies, or getting them delivered to the stratum corneum (i.e., a secretory defect), or because they were being rapidly destroyed or inactivated. We examined the fate of another protein delivered by lamellar bodies, acid lipase. We chose this enzyme to study because we could follow its fate using a method called ultrastructural cytochemistry, which provides a way of seeing the molecule with the electron microscope. Using other techniques, we also assessed the production and fate of one of the antimicrobial peptides, the cathelicidin protein, LL-37, which fights many types of pathogenic microbes, including staphylococci, streptococci, and even some viruses, as they try to invade through the skin.

HI is caused by deficiency of a transporter molecule that loads lipid into lamellar bodies. In HI, we saw very little protein being loaded into or secreted from lamellar bodies, and, similarly, very little of the antimicrobial LL-37 was delivered to the stratum corneum. Therefore, the increased infections in HI are likely due to a reduced delivery of LL-37, and perhaps other antimicrobial peptides to the stratum corneum, where they need to be positioned to fight off pathogens that try to invade (Fig. 2).

In EI, the problem is somewhat different. This disease is characterized by abnormalities in either keratin 1 or keratin 10, two proteins that form the cytoskeleton of epidermal cells. Mutations in either of these proteins disrupt the cytoskeleton, basically interfering with the transport of lamellar bodies out of the stratum granulosum (they cannot reach the edge of the cells from which they need to be secreted). As a result, very little protein (or lipids) are secreted, and even though abundant LL-37 is produced, very little is delivered to the stratum corneum, where it needs to be in order to intercept microbial pathogens as they try to invade (Fig. 2).

NS is caused by deficiency of an inhibitor of enzymes that chew up proteins (“proteases”). This results in overactive proteases. In NS, we saw that abundant protein (acid lipase) is loaded into lamellar bodies and lots of protein also gets secreted, but as soon as the protein reaches the lower stratum corneum, it is destroyed by the high levels of proteolytic enzyme activity. Of course, we also observed almost no LL-37 in the stratum corneum in these patient samples (Fig. 2). Thus, the increased infections in NS can be ascribed, at least in part, to the rapid destruction of antimicrobial peptides, as soon as they are secreted into the stratum corneum.

These studies may explain, at least in part, why patients with such diverse forms of ichthyosis as HI, NS, and EI experience problems with skin infections. Knowledge of this pathogenic sequence now provides us with an opportunity to look for appropriate therapy – could we supply the stratum corneum of these patients with LL-37 or comparable antimicrobial materials, or could we increase either the production or secretion of LL-37 in HI and EI, or delay the destruction of this peptide in NS?