We are being pushed to do things we haven’t had good answers for – and yes, it’s a challenge but this is how we all learn.” – Dr. Bruce Bauer 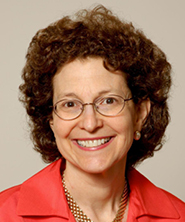 e rare occasion when doctors are given the opportunity to collaborate on unique cases and perform procedures that are not only challenging, but will break new ground for all those that will follow. This was the case with FIRST MSAB and Board member, Dr. Amy Paller, Chair of Dermatology at Northwestern University, and  Dr. Bruce Bauer, director of Pediatric Plastic Surgery at North Shore University Health System in Chicago.  Having worked with Dr. Paller for many years, Dr. Bauer said, “I have been a pediatric plastic surgeon my whole career and throughout my career have collaborated closely with my pediatric dermatology colleagues including Dr. Paller. For more than three decades it has not been uncommon for Dr. Paller and her colleagues to send me cases for which there have been limited or sub-optimal medical answers.” Recently, FIRST had the opportunity to speak with both doctors about one such collaboration - a procedure performed nearly eight months ago, to reconstruct the ears on a 7-year-old boy with harlequin ichthyosis.

Can you briefly explain the characteristics of harlequin ichthyosis?

AP: Harlequin ichthyosis is the most severe form of ichthyosis. Babies are born with a thick "armor" of scale that has characteristic cracks or fissures that are patterned and thus somewhat resemble a harlequin print. Ectropion (eversion of the eyelids) and eclabium (eversion of the lips) are much more extreme than in collodion babies, and the markedly tightened skin leads to severe deformities, such as reduction of the fingers, toes and ears.

How did the family first find you? Who is affected and how old are they?

AP: The young boy I am highlighting is John, who has severe manifestations of harlequin ichthyosis. Given our Center of Excellence for Ichthyosis at Northwestern/ Lurie Children's of Chicago, it is common for babies with ichthyosis born regionally to be referred. John was born at Cook County Hospital and, after a two-month hospitalization, during which he received excellent supportive care (and no retinoids), he was discharged for my continuing care.

John was born to young parents who did not feel capable of providing continuing care to him, and he became a ward of the State of Illinois. He could not have been more fortunate to have Laura become his foster mom. A common sense, incredibly strong woman, Laura has raised John as her own, providing fantastic support in all ways. John is now 7 years old and has grown to be an outgoing, witty, charming young boy despite his severe disfigurement and other issues (especially itchy skin and joint pain) from his harlequin ichthyosis. My heart almost broke recently when he told me that he was being teased a lot by the other boys his age in preschool -- about his ears -- and how much this teasing bothered him. He wished he had different ears. John had virtually no ears – little more than openings in the side of his head – as severe an ear deformity as can be seen in harlequin ichthyosis and much worse than in individuals with ichthyosis born as collodion babies.

I thought immediately of my colleague and long-term friend, Dr. Bruce Bauer, a pediatric plastic surgeon who is internationally recognized for his artistry in ear reconstruction.

What was your approach to the surgery?

BB: I knew nothing about HI before meeting John, so needless to say this was a “first time” surgery of this kind. His ear deformity was the reason for his referral. He had what appeared in photographs to be similar to a congenital ear deformity known as cryptotia or “covered ear”.   The approach was to release the ear from the side of the head and reshape the cartilage and re-drape the adjacent skin over the corrected cartilage deformity.  Interestingly, looking back at the history of HI, the belief was that the patients actually did not have ears, but based on what we could see at surgery, the soft ear cartilage is partly collapsed under the abnormal skin “envelope”. The approach of the surgery was to release the ears, restructure the cartilage and create the space behind the ear. John's skin was not flexible enough to do this procedure the way we normally do, so we needed to take a skin graft. We didn’t know if the graft would heal in that setting or how it would change. However, we got the ear separated, we lifted the skin off the ear, and we borrowed cartilage from the concha, or bowl shaped part of the ear adjacent to the ear canal, to reshape and add height to his ear.

Would you consider the outcome a success?

BB: It healed quite well initially. It has been 4 months and John has since lost some depth behind the ear. It is, however, enough of a correction that it now looks like he has ears, and his glasses stay on better. But most importantly, we learned something in the process. For instance, we may need to thin the full-thickness skin graft used to cover the space behind the ear more than normal, and use a splint to maintain that space for a period of months after surgery. The approach was definitely the right one, but we are learning how it can be better. So it’s a “work in progress” through the combination of having experience with a lot of “oddball” types of procedures, including with rare dermatologic disorders, and being pushed to do things we haven’t had good answers for. It’s a challenge but we all learn[PASD1] .

AP: I was so pleased with the result. John has real ears! I have seen him in follow-up twice since the procedures and he's so happy.

Is this a surgery you have recommended before for your patients with ichthyosis?

AP: This is the first time I have recommended ear reconstructive surgery for ichthyosis -- and it is based on the severity of John's ear deformity and the impact that it was having on his psyche.  However, given the outstanding results, I would consider it for children (or adults) with lesser deformities that have impacted how they are perceived by others and feel about themselves.

In what ways are you hoping this will change his story/life experience?

AP: While John still has extensive facial and hand deformities that are obvious, not to mention his bright red scaling skin, having this procedure has given him a real boost of self-confidence with other kids. 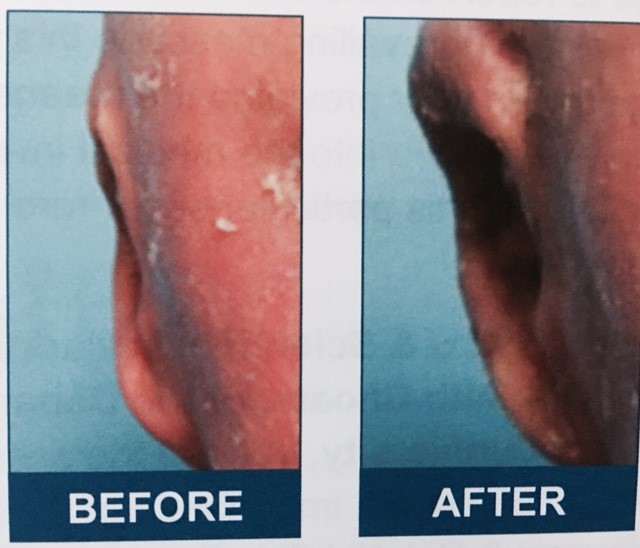