Q: "We are going through the Spring peel/rough skin. What have you done that proves helpful? I saw you mentioned a bleach bath. In past we’ve only ever done with infections. Suggestions appreciated!" 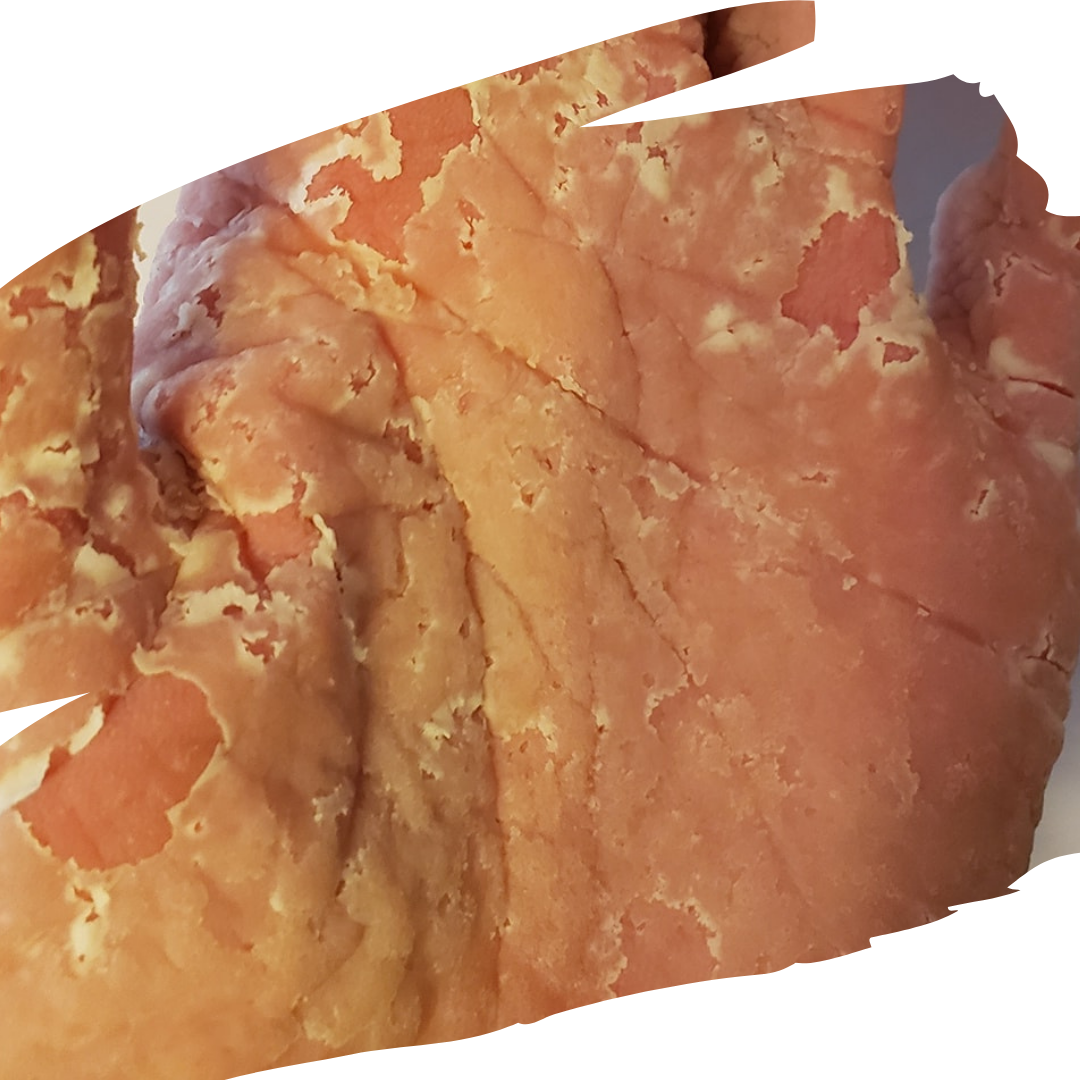 Q: I was wondering about travel.  Does anyone take large tubs of cream on as a carry on and how do you do that?  Does a doctor’s note allow it to go through security?  Thanks!