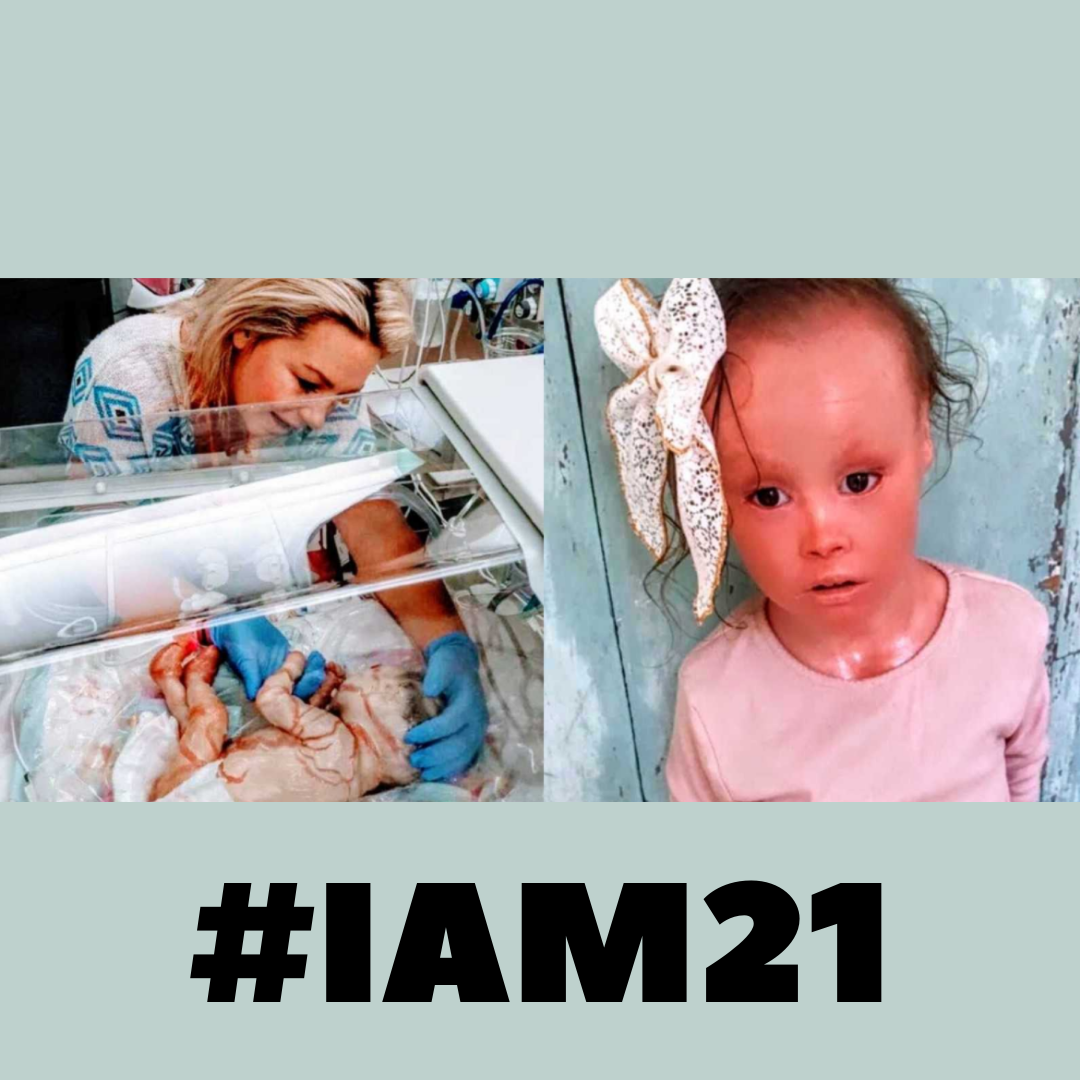 ‘The doctor said, ‘Put your camera down. There’s something on her skin.’ She was born in a hard, thick cocoon.’: Girl with Harlequin Ichthyosis proves ‘beauty is not just skin deep’

“From day one, Harper has defied the odds. When she was born, she was given a 50% chance of survival. Harper is thought to be one of only 20 people in the US with Harlequin Ichthyosis (HI). It occurs in just 1 in 500,000 newborns. Some newborns born with HI only live a few days. Harper Foy, five, needs three long baths a day and constant moisturizing because of a rare skin condition, which makes her skin grow 10 times faster than normal. I believe Harper is here for a reason – to make a difference in this world. We call her our butterfly. She was born in a cocoon and now she has emerged into this beautiful little soul.

We have 2 older kids, Sammy (21) and Jaxon (10). My pregnancy with Harper felt no different. We had genetic testing done, but everything came back normal. We had no idea about Harper’s condition before she was born. Harper was delivered a month before her due date by emergency C-section after my water broke in September of 2015. I was on morphine, so I was completely out of it, but as soon as they took Harper out, my mother’s intuition kicked in. I could read the room and tell from my husband’s face something wasn’t right. The doctor told him to put his camera down and Harper was whisked away. They told me she was fine, but there was something on her skin.

I don’t think even the doctors knew for sure what was wrong with her because they had never come across it before – only in textbooks. Harper was placed in an incubator to keep her warm, as children with HI struggle to regulate their body temperatures. A few hours after she was born, I was able to meet her. Layers of skin had built up in the womb, forming a hard, thick ‘armor’ that covered her entire body – even her eyelids, which had been inverted from the thickness of the plaques. Due to the open sores in the cracks, and the uncertainty, I was not allowed to hold our daughter. When I saw her for the first time I was so scared, but I instantly had a connection with her. I knew she was going to be such a fighter.

Because of her complex condition, Harper was transferred to Seattle Children’s hospital, where she was assessed by a team of specialists from a variety of backgrounds, including dermatology, plastic surgery, anesthesia, and neonatology. The teams worked together to create a one-of-a-kind treatment plan for Harper. ‘Our approach was novel,’ Dr. Deepti Gupta, a dermatologist at Seattle Children’s said. ‘The literature on cases of children with HI is limited, so much of her care was developed by the team as a challenge arose.’

Soon after birth, the tips of Harper’s fingers on her left hand fell off because the blood flow had been cut off, and doctors tried to save the rest of her hands and feet. It was so traumatic and scary, facing the unknown. Every day we’d go to the hospital and were given the worst-case scenario. We didn’t even know if she was going to live or die. It was like your worst nightmare.

My husband, Kevin, suggested making incisions on her legs and arms – like cutting open a plaster cast – to loosen the plaques and release the pressure and get her blood circulating properly. The procedure, performed when she was only a few days old, was very successful in saving her fingertips and feet, but did leave her in more pain. The plaques began to fall off – first her neck, then her torso and limbs.

At three weeks old, I was finally able to hold Harper for the first time. When she was two months old, the mask of skin on her face finally came off, revealing Harper’s beautiful eyes and smile. We were told the condition was due to a recessive gene which passed on to Harper, leading to her having HI. We finally got to bring her home before the Holidays in 2015, but had to adapt to a new routine to try to stop her skin cracking and bleeding, as this can lead to infections.

Now, three hour long baths every day in hot water help to keep her skin soft – although it is still so tight she struggles to walk up stairs. Harper also goes through a 14oz  jar of Aquaphor – a petroleum jelly-like ointment for severely dry skin – every three days. We have to put it on her five or six times a day, which ruins her clothes. I spend hundreds of dollars on new outfits for her each month. I guess she’s lucky in some ways that she’s got a constantly changing wardrobe – like a famous model. Care for Harper’s skin is a full-time job. It’s not always easy, but for our family, it is our normal. Harper’s skin is not like that of a typical child. It is red, scaly, and dry. It sheds frequently and is especially sensitive to heat and trauma.

One of the hardest things our family faces is the comments from other people about how Harper looks. One grandma asked me why I didn’t put sunscreen on my daughter, as if she was sunburnt. I couldn’t believe that came out of her mouth. Another time a couple of years ago, we were in this juice bar and some kids came up to say hi to Harper – and their Mom grabbed them and told everyone to stay away, because she was obviously contagious. I almost flipped my lid that a Mom could act so shamefully. But, instead, I held my head high, picked up Harper and we smiled at them. Still, the daily stares she attracts on the street do not faze Harper.

In 2019, I wanted to improve our daughter’s confidence, so I emailed photos of Harper to TCM Models and Talent – a modeling agency in Seattle. They absolutely loved Harper’s energy. She’s got this unmatched personality, this sense of fun. They signed her up that day for a two-year contract! Harper has overcome so many challenges and obstacles in her young life. As her mother, I hope she can overcome the value society places on appearance. My husband and I want her to know she is beautiful, both inside and out. Society’s definition of beauty needs to be redefined – it is not just skin deep! Harper models to inspire the world. To remind others we are beautiful in our own skin.

Since then, Harper has built up an impressive portfolio and even became the poster girl for Seattle Children’s Hospital in January 2020, when she took part in a shoot with a Seattle Seahawks football theme. She absolutely loves the Seattle Seahawks football team, just like her Dad and brother. She’s such a tomboy, but she also loves to dress up, dance, sing or play her ukulele for us. Once the pandemic struck last year, her career had to be put on hold, so I focused on building Harper’s social media presence, starting an Instagram account chronicling our daughter’s journey.

Harper has come a long way since she was newborn at Seattle Children’s, fighting for her life. Now, seeing her smile, laugh, dance, sing, and enthusiastically spike a football makes us all so proud!”

This story was submitted to?Love What Matters?by Angie Foy of Edmonds, WA. 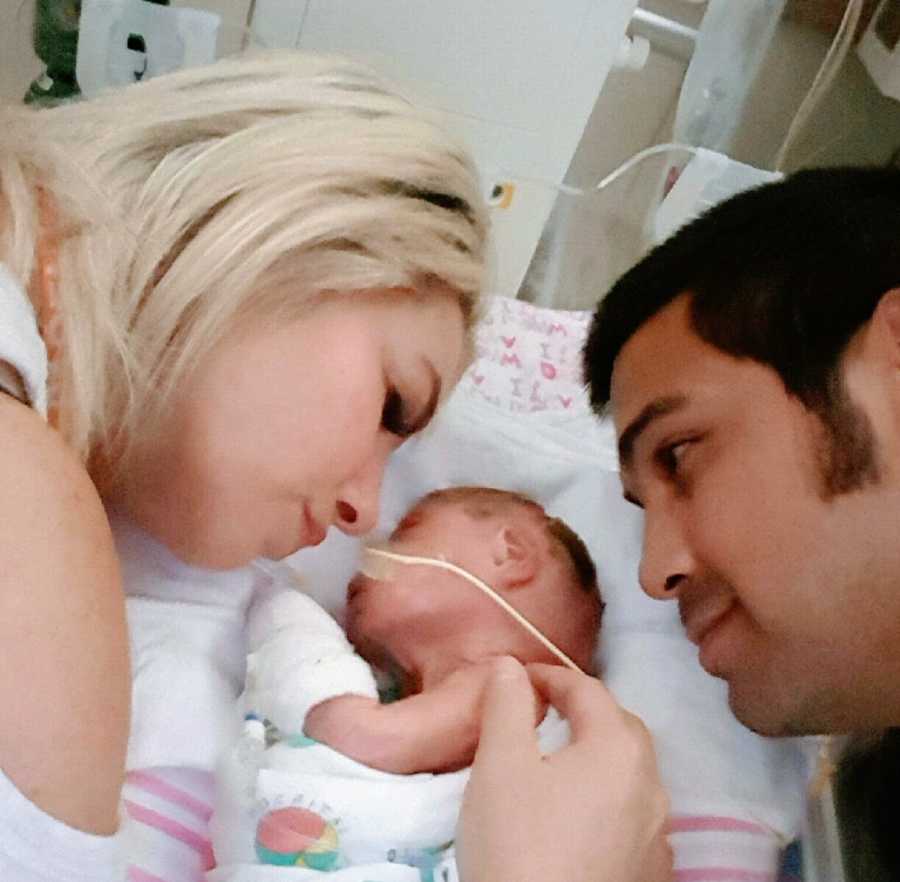