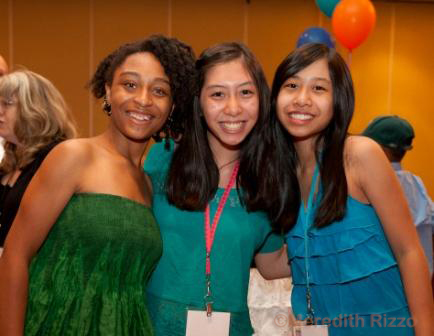 (UroToday.com) In conjunction with this year’s virtual annual meeting, the Society of Urologic Oncology, in conjunction with the Young Urologic Oncologists (YUO), convened a Symposium on Clinical Research and Clinical Trials. In this context, Dr. Tracy Downs presented arguably one of the most important talks of the day, examining efforts to increase the enrollment of under-represented patient populations in clinical trials.

Dr. Downs began by highlighting data on the burden of urologic malignancies among under-represented racial and ethnic minorities, focusing particularly on the burden of prostate cancer among African American and Hispanic men.

Highlighting a recently issued Drug Trials Snapshot from the US Food and Drug Administration (FDA) from October 8, 2020, Dr. Downs emphasized that there remains much work to be done to improve the representativeness of clinical trial populations: according to these data, only 25% of clinical trial participants were >65 years of age, 72% were white, 18% were Hispanic, 9% were Black or African American, and 9% were Asian.

To allow for generalizable results from clinical trials, it is important that the trial populations represent the populations for which the results will be applied. In particular, Dr. Downs highlighted that disease manifestation and treatment responses may differ between racial or ethnic groups. He provided two examples. He first highlighted the boxed warning for Tegretol on the basis of serious and fatal skin reactions in Asian populations Secondly, he highlighted the increased rate of angioedema among Black patients taking Angiotensin-converting enzyme (ACE) inhibitors. Failure to adequately include these patient populations in randomized trials risks failing to identify these serious effects. Thus, as stated by Anam Khera, diversity in clinical research has to be a business imperative because failure to do so runs the risk of skewed or inaccurate trial results.

Again utilizing data from the FDA Drug Snapshots, Dr. Downs highlighted that the characteristics of clinical trial populations are poorly concordant with the US population, with respect to sex, race, age, and ethnicity.

With a specific focus on oncology-related trials, white patients are over-represented. For context, in 1993, the National Institute of Health Revitalization Act was created to encourage increased representation of women and minorities in clinical trials. Subsequently, in 2004, Murthy and colleagues showed that women, racial and ethnic minorities, and the elderly remained under-represented in trials. For example, with respect to age, while the SEER data estimate that elderly patients comprise 60% of all cancer patients, they only account for 20-30% of the study participants.

He then highlighted a recent review article examining the representation of minorities and women in oncology clinical trials over the past 14 years, led by Dr. Narjust Duma. This systematic review identified 1012 trials across a variety of tumor types. Less than one-third (31%) reported participants’ race/ethnicity. This analysis further highlighted that, compared to both the US Census population and US Cancer prevalence, African American and Hispanic patients are dramatically under-represented. Further, this appears to have worsened since 1996-2002.

Dr. Downs then described the concept of an enrollment fraction, the proportion of trial participants among complete cancer prevalence. An enrollment fraction <1 indicates a population that has been under-enrolled compared to the known cancer prevalence. Not surprisingly given the previously presented data, this was observed in African American and Hispanic groups while non-Hispanic white and Asian patients were over-represented. Further, industry-sponsored trials were less likely to recruit African American patients (5%) compared to NIH/NCI (6.7%, p<0.0001) or academic/foundation (8.3%, p<0.0001) funded trials.

Examining these data year-by-year, Dr. Downs showed that issues of under-representation among ethnic and racial minorities groups have not significantly improved over the past decade.

Thus, this review concluded that a decline of minority recruitment to oncology clinical trials, even following the 2009 modification of the NIH Revitalization Act of 1993. Thus, strategies proposed and adopted to date have not proven effective. They hypothesized that significant barriers include cost, fear of side effects, mistrust in science, cultural or religious beliefs, and poor research and health literacy may contribute to these discrepancies.

Dr. Downs then highlighted the example of advanced prostate cancer in African American men: among men with prostate cancer, African American patients have a 2.5-fold greater risk of lethal disease. Among landmark trials in advanced prostate cancer, African American men were dramatically under-represented, comprising only 240 patients (3.3%) compared with 1149 patients (15.8%) that would be expected based on disease prevalence. Further, this small subgroup (of whom 150 men received the novel experimental treatment approach) results in the inability to perform meaningful subgroup analyses to identify differences in efficacy or tolerability of these agents.

Moving forward, the expected increase in cancer incidence between 2010 and 2030 is anticipated to disproportionately affect minorities, with anticipated increases of 99% among minorities and 45% in the majority population-at-large. Thus, failure to adequately include these patients in pivotal clinical trials will harm the ability to apply available evidence to our patient populations. This will then mean even greater economic and social burdens at the population-level, and morbidity and mortality at the individual level.

Dr. Downs emphasized, that from the patient perspective, clinical trial participation depends on a variety of factors including awareness of the options, education, credibility, responsiveness and the relationship with the health care team, communication, the apparent risk, and inconvenience of participating.

In terms of barriers to enrollment, he emphasized both “old”, well-known barriers as well as some newer ones that are emerging and may be less apparent. Among the old challenges, historical actions have resulted in mistrust in the health care system among many minority patients, further, there may be physician bias, language barriers, and socioeconomic factors that impede trial enrollment. However, additionally, we must also consider that, as cancer therapy and the clinical trials themselves become increasingly complex, care is increasingly centralized at large academic institutions which may also limit access to these trials. Further, increasing costs of running clinical trials may preclude or make difficult the inclusion of multilingual research teams and investments in minority outreach efforts.

Dr. Downs then highlighted a recent review article for which he was a senior author examining evidence-based strategies to overcome these barriers. Among these, three major strategies were identified:

Examining the first of these, he emphasized the importance of tailored educational materials including cancer data and imagery that is specific to the particular racial/ethnic population. Taking into account the health literacy of the group in question, he highlighted the importance of the use of plain language as well as the efficacy of utilizing testimonials from leaders and patients. Such a framework (entitled the Heiney-Adams Recruitment Framework) has been shown to increase recruitment of African American women to breast cancer trials.

Second, he highlighted that the use of patient navigators can increase both knowledges of clinical trials and retention rates. In this model, after an oncologist identifies an eligible patient, the patient navigator contacts the patient. This navigator is a race/ethnicity concordant member of the patient’s community who has been trained by the study team. This approach has resulted in high rates of recruitment.

Finally, building community relationships can be critical given historic mistrust. He emphasized examples among the American Indian populations in South Dakota and among African American communities. These relationships can also help improve the awareness of clinical trials among communities in which many patients may be unaware that they are eligible to participate. Dr. Downs highlighted a few examples of such community groups in the African American community including the Prostate Health Education Network (PHEN) as well as the R. Frank Jones Urological Society, a subspecialty group of the AUA advancing African American care in Urology.

As his talk came to a close, Dr. Downs presented data from a relatively recent (2018) review demonstrating that “the more thing change, the more they stay the same” with NIH policies failing to result in significant increases in reporting of trial results by sex, race, or ethnicity. Those authors recommended that strong journal policies be enacted to increase compliance.

In conclusion, Dr. Downs quoted Peter Drucker saying, “unless commitment is made, there are only promises and hopes but no plans”.