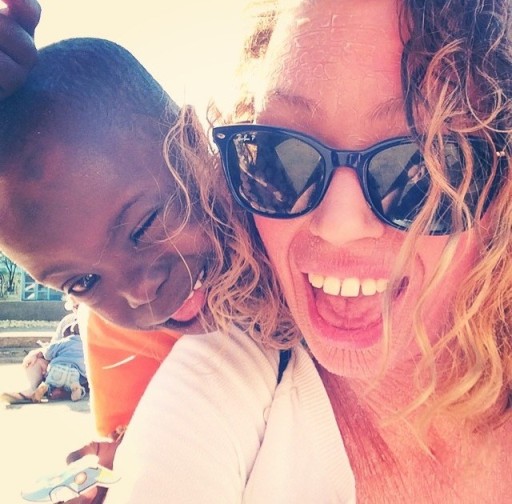 FIRST member Katie Smith is more than excited to share her story. After all, it’s not just a story about living with ichthyosis. Nor is it simply a story about an “aha” moment, or the journey of a young woman setting out to find her true purpose. To Katie, her life, her skin disorder, her future, are all a part of something bigger, not just a story, but “an obligation to do good in the world.”

Katie, affected with ARCI-lamellar ichthyosis, was born in Providence, Rhode Island, in 1984. And as is the case for many individuals with a visible rare condition, Katie was often subject to rude behavior, bullying and the intolerance of people with differences. “But my parents wanted to make sure that I didn’t feel different, that I felt safe,” she said. Katie’s parents enrolled her in a small private school and in doing so gave her a reprieve from the stares and whispers. “And since my school was so small and private, everyone knew me, which definitely made my skin condition more bearable,” she said.

However, when Katie stepped out of her comfort zone, away from those who’d been familiar with her skin condition, her experiences were quite different. “When I went out in public, to new places, that’s when all of the stares and comments started again,” she said.

Katie’s mom often tells her the story of when she was only 2 or 3 years of age and she was in stroller with her at the grocery store. A woman standing next to them looked at her and started to scream “It’s a monster! It’s a monster!” The woman’s young son, walked over and took Katie’s hand. “I think she’s pretty,” the boy said.

"My mom has told me this story so many times, I don't know if I really remember it or only think I do because she made it feel like mine," she said.

As hurtful as some of her interactions with others have been, Katie has chosen to cope with it in a way that has not only made it tolerable, but has allowed her to feel empowered. She has looked at the glass, and decided it is unequivocally half-full. As a  31-year-old adult out in the world, Katie has learned that there actually is a productive way to react in these situations. “If a child stares, I usually say ‘it’s not as bad as it looks,’ with a smile. And it usually makes them smile,” she said. Just recently, at a One Direction concert, a family sitting in front of Katie, after repeatedly turning back looking at her and whispering, got up and left the concert. “I was by myself and that really upset me. But, it’s not stopping me from going to see them again next weekend,” she said, again, flipping a negative encounter on its head.

And despite the occasional brushes with ignorance, Katie considers herself lucky. “When I look back at photos from middle school, when I wasn’t taking care of myself the way I should have, I can’t believe the poor condition of my skin!” she said. “I wouldn’t let my mother help me because, honestly, I didn’t know how bad it was. For the most part, my immediate circle accepted me, so it just never seemed that bad.” 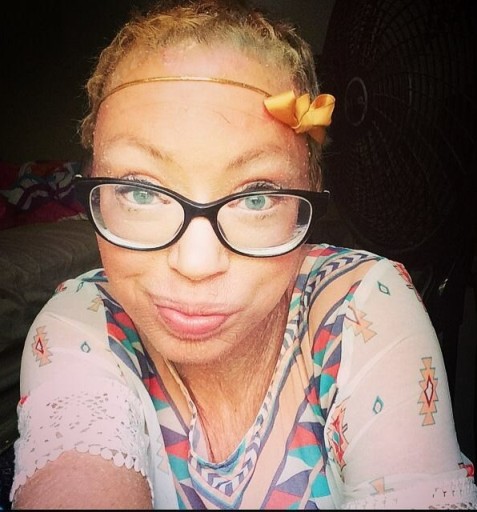 Although she has chosen the path of positivity for herself, relating on a personal level to just how painful it can be to be singled out has made Katie extremely sensitive to the struggles of others. She’s often wondered how difficult the road must be for those who are subject to even more criticism and even greater discrimination; for those who may have little or no support.

For many years Katie has enthusiastically attended and volunteered at the American Academy of Dermatology camp for kids with skin disorders. She initially attended the camp as a camper, then a counselor, and, most recently, as a medical volunteer this past summer in Millville, Pennsylvania. She gives these experiences much of the credit for her confidence to pursue her goals, to discover her true passion, and her ability to not let anything or anyone get in her way.

Both FIRST and the camp have a profound connection for Katie. “I would never have known about the camp if I hadn’t gone to the FIRST Conferences. We’d known about the conferences for quite a while, but before I actually went when I was 12 years old, I didn’t realize there were other people like me in the world,” she said. “There was a girl at the conference that looked just like me. I saw her right away. Her name is Laura Ashton. She also has ARCI-lamellar ichthyosis, and she’s from Bermuda. We hit it off right away. To this day, she is still a good friend.” As well as offering a lifelong friendship, Laura introduced Katie to the AAD camp. “This camp, as I said, in many ways, changed my life. Over the years I have had the honor of working with so many of the kids from FIRST as they have become campers and then counselors.”

In 2007, after graduating from Emmanuel College in Boston with a degree in Art Therapy, Katie was particularly interested in using her skills to help children transition after natural disasters.  She soon accepted an internship in Africa as a grant writer and also started working at a camp with kids that are HIV positive. “All of the kids at the camp were orphans. I was responsible for communicating their needs to the nonprofit organization. I loved working with them, helping these kids that were at the most risk,” she said. Yet all the while, Katie was convinced that although she enjoyed working with the children, and wanted to pursue working with them, the field of nursing would be out of the question. “Since I wasn’t good at science I never really thought nursing was in my future. Eventually I realized in the real world, nurses work with real people, real faces, and not just scientific facts!”

It wasn’t until volunteering at Camp Discovery in Minnesota in 2010, and again working with kids that were most in need, that her “aha” moment happened. This time, it was loud and clear. “This actually is nursing! I should be a nurse. I need to be a nurse!” she said to herself.  Suddenly a career that seemed too far reaching, too out of her realm of interests and skills, became the most important goal in the world. 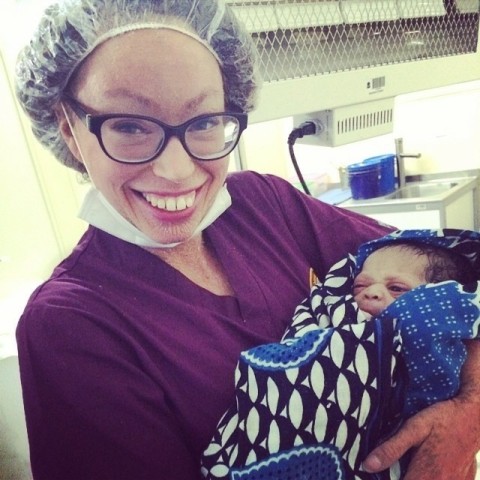 In 2012, Katie enrolled in Lawrence Memorial Regis College Nursing Program in Medford, Massachusetts. Today, she is a registered nurse and is finishing up her bachelors degree in nursing.

“My ultimate dream is to be working in the developing world. To be working in the most at risk communities. I’d like to work with an HIV prevention organization. I have never actually considered primary care. Like I said, my life has sort of led me to the fringe. Actually, my primary doctor knows me very well. We talk a lot about global health and he has volunteered around the world. He wants me to accompany him as a nurse this coming May in Haiti! He has been a rock for me.” Katie is also currently exploring other global opportunities for nursing.

When asked what she would like to share with others about having ichthyosis, Katie passionately said, “Well, I have a message for others who are affected. There’s a reason why I do what I do, because I know what it’s like to be an outsider, to be disenfranchised. I have to help those who are at risk, who are considered outsiders themselves. I really think I have an obligation to do good in the world, to reach out to those who feel badly.  I want other people with ichthyosis to realize this. We are very good at compassion! Because of our experiences of being different we know how to help them find their voice. And it’s our obligation to do so.”

And for those who aren’t affected? “More hugs! People with ichthyosis or anybody with a physical difference, you may be less likely to hug them. Well let me tell you, they are in most need of a hug. They are self-conscious enough and they need to feel accepted, not different and afraid all the time. Katie shared a personal moment when she realized the importance of touch and human affection. “I remember when I worked with autistic children that weren’t verbal. They loved to touch different textures and would love to touch my hand and arms. It actually made me feel so normal.”

When asked how she will handle her ichthyosis while working around the world, Katie said, “I think ichthyosis should be an afterthought. Yes, it should be acknowledged and prepared for, especially if you’re planning to backpack across Europe or something like that. But it shouldn’t be the first thing you think of.  The adventure you’re going to embark on, should definitely be the first thing you think about.”

It seems, for Katie, every lesson, every experience, leaves a tiny trail of wisdom.

“Recently, I had alopecia very badly. I was definitely upset. It was another challenge tied to ichthyosis. But quickly I realized that my hair was certainly not the biggest part of me, not the part I’m concentrating on. Finally, I decided to cut my hair short and just get on with life.”

And that she is.